This conversation follows the theoretical path of Angela McRobbie, a leading exponent of British feminist cultural studies. In her research, which spans almost fifty years, McRobbie has analyzed representations of popular culture, from magazines to the music scene, from dance to fashion, from film to television, investigating the contradictions of the performance of femininity in the media landscape and the limits and possibilities of the different forms of identification for female and feminist subjects. Since the mid-1990s, she has focused on postfeminism in neoliberal culture, at a time when feminism found itself simultaneously assimilated into common sense and emptied of its political efficacy. In her latest book, Feminism and the Politics of Resilience (2020), McRobbie deepens her analysis of contemporary representations of the feminine by showing their continuities and ruptures with postfeminism, and the polarization of meritocracy cult and poverty-shaming regulated by the governmentality of visual media. 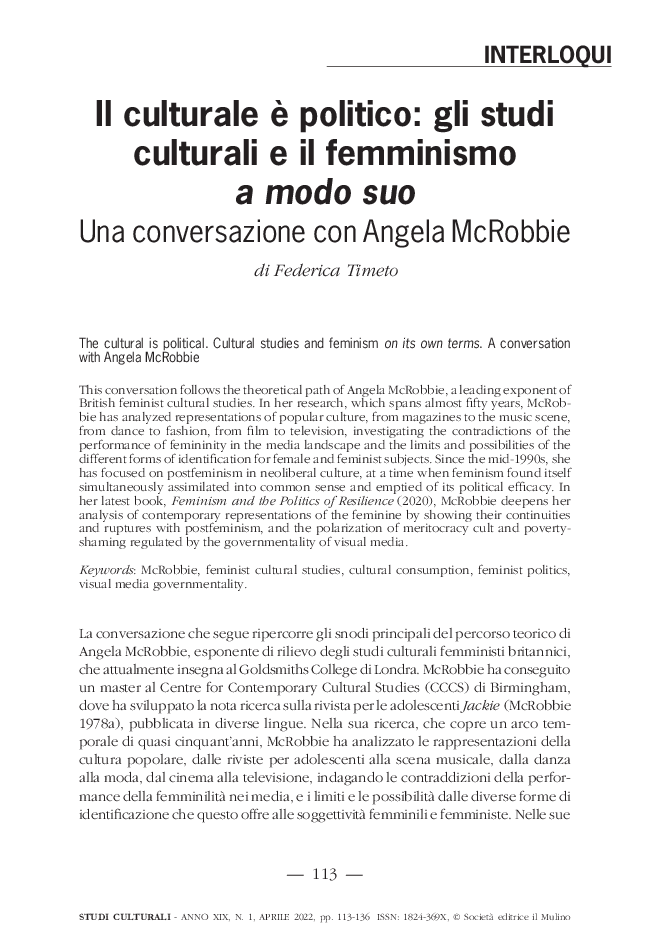