This essay investigates the topic of "sex-trafficking" of women from "eastern" Europe to Italy for work in prostitution within a framework that brings to the fore the material terrain of the EU immigration regulations and the implications of strict Schengen border regime and visa policies on trafficking in women. I will argue that interrogating the effects of the border-regimes of the new Europe and its material and legal apparatus, and theorizing trafficking within the context of the EU enlargement, in particular the processes of recruitment into trafficking and crossborder travel, might help us to challenge our current understandings of trafficking as an organized criminal activity, and of migrant women as victims duped into trafficking. By looking at processes of representation and how meanings are produced and allocated in public discourse - mass media, religious and feminist - my analysis questions the official representation of trafficking and maps out some of its central elements that re/appear in different sources and converge with the EU political agenda, thus underpinning the view of trafficking in terms of irregular migration and women as victims deceived and coerced into prostitution. The study - based on biographical narratives of trafficked women and focusing on the recruitment and travel phase of trafficking - shows a that when the categories of irregular migration, border crossing and crime are brought into focus, a gap between the interviewee's accounts of migration and the dominant rhetoric of trafficking becomes visible. Trafficking as such, respondents' narratives point out, is an inadequate category to account for women's experiences of labour migration. Given the discrepancy between official discourses on "sex-trafficking", policies and respondents' narratives, I argue that there is an urgent need of attention to the nuances of how trafficking is lived and negotiated on the one hand, and represented and institutionalized on the other. 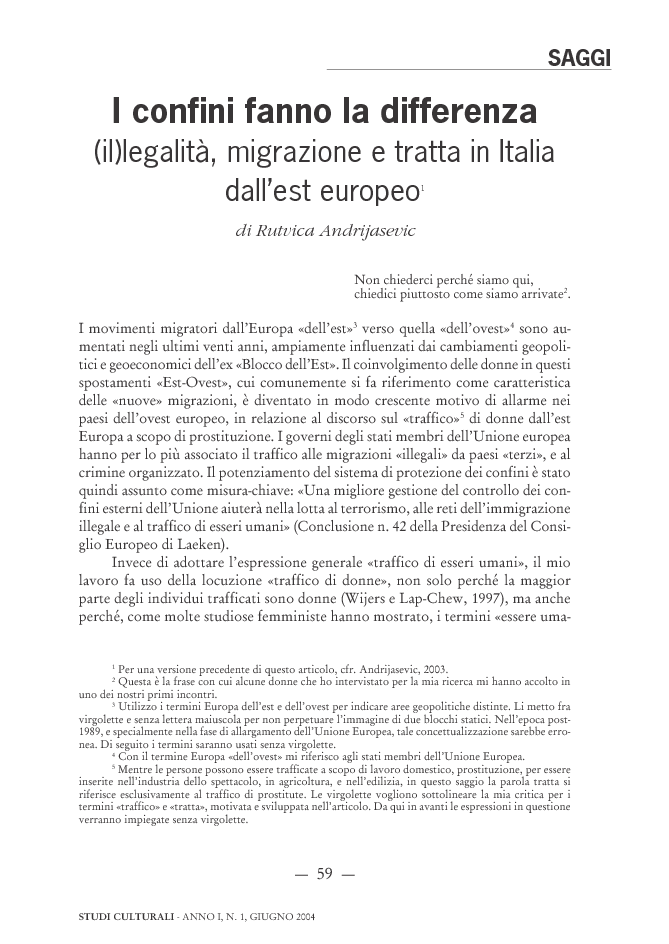