In the contemporary world, the sphere of effect and emotion, especially when mediated by technologies of the imagination, has become the primary means for the exercise of political power. Yet political theory, insofar as it remains anchored in constitutional and institutional categories, cannot account for this centrality of affect and imagination in political life. To understand the role of feeling and sensation in contemporary political processes, it is necessary to derive a whole new language of intensity and relation. This means not only recognizing the irreducibly political nature of everyday life but also understanding how the business of governmentality involves the production and modulation of affects by means that might, with all rigor, be identified as cultural. The images from Abu Ghraib, the endlessly revisited footage of the 911 attacks, the photographs of 'children overboard' that flooded the Australian media in 2001: all illustrate how the politics of affect has come to dominate over the politics of truth/falsehood. An effective oppositional politics must take account of this fact. Without an appreciation of how affective energies determine "the way in which things become political", movements of resistance and change will remain void of political creativity and transformative power. 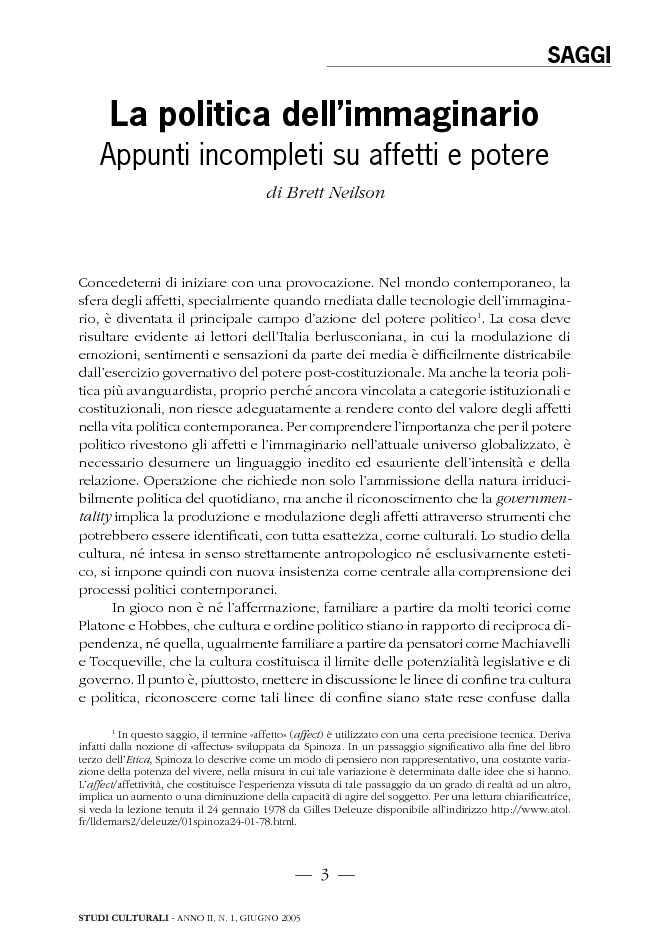