The "Da Vinci Code" is an example of the tendency to confound historical reality with literary fiction in order to enliven narratives which attempt to create a possible coherence. Conspiracy theory novels enable a certain confidence in trying to give order to a world running out of control, in an era in which history seems to have lost a great deal of its heuristic capacity, having become the narrative amongst the narratives. The difficulties in tracing the boundaries between real and imaginary, typical in postmodern literary conspiracy theories, can be related to a modality of imagination which is very much a part of our culture and which also indicates the failure of the critique of ideology. What enables us to analyze, at the same time, both the fictional procedure of the "Da Vinci Code" and the procedure of the legitimation of power in the sphere of the imagination, is the common ground of ambiguity they share in reference to the real. To show that reality is different from how it is presented does not necessarily lead us to the revocation of faith towards those who have manipulated and distorted what has occurred. To the contrary, if the supposition is correct that our era suffers from an "obsession with textuality", where reality finds it hard to compete with narrative and seems to agonize over its representations, it therefore becomes possible to formulate the problematic hypothesis that opposing power now requires making space for "texts" of powerful emotive impact, which at this level compete in the media marketplace. 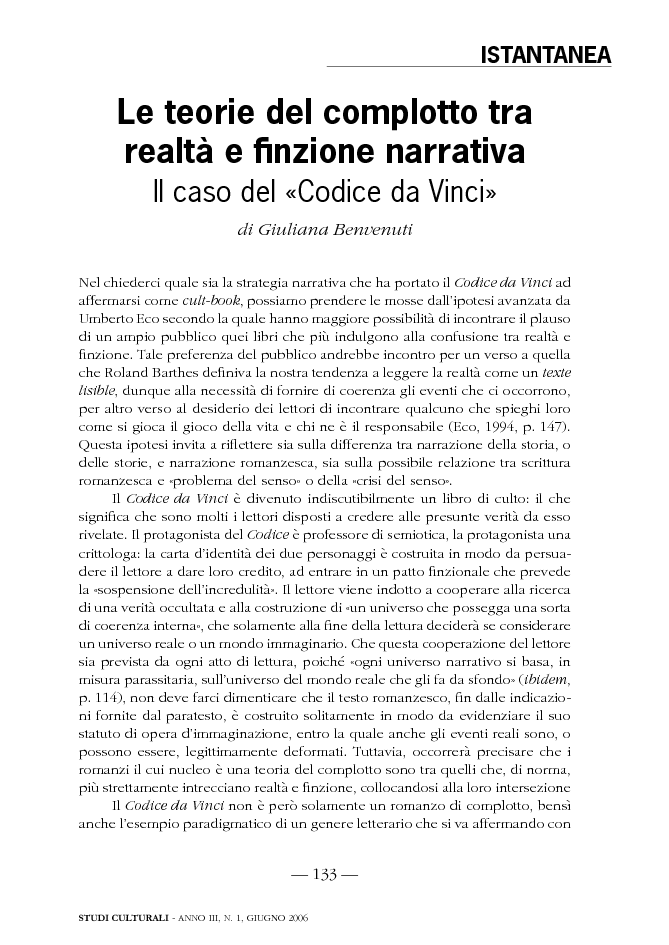