How do light-heartedness and coquettishness combine with a political order? Through which modality can one invent and re-invent gender differences on the pages of a magazine, and how can one combine this with an efficacious political ideology? This paper tries to respond to these questions through detailing the results of a study of the French magazine Marie Claire from 1937 to the end of the Second World War. In particular, it attempts to highlight elements of change and elements of stability in the invention of the "real French woman", from the periods of the Popular Front and the government of Marshal Pétain respectively. Discourses of apparent 'neutrality' and immunity to political ideology, such as medicine, beauty, optimism, and maternity, can become opportunities to immortalize the inevitable logic of the patriarchal system, of race, gender difference, and differential access to the public sphere. In particular, one sees how the imperative of "optimism" as an "acceptance of one's lot" and the idea of "happiness" as an "active process of work on one's dispositions" contributed to a growing logic of obedience during the Vichy regime, a logic which, moreover, often served as the counterpart of the suspension of a series of civil and political liberties. 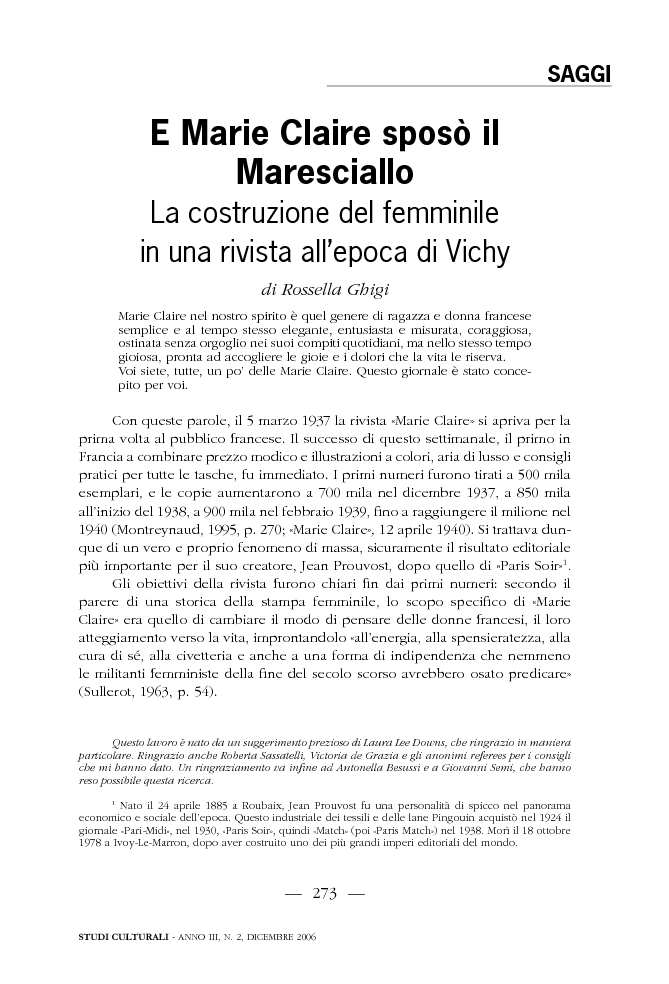