Sardinian society has been an object both of socio-anthropological investigation and cinematographic consideration. In the last sixty years, academics and filmmakers have produced representations of Sardinian society and discourses on identity, ethnicity, culture etc., creating an endless canvass. In particular, the films produced since the post-war period have a tight relationship with the anthropological literature. Both films and academic products have privileged the study and representation of the rural side of Sardinian society, especially the shepherds' life, work and their troubles with justice. The result is a stereotypical representation of Sardinia as a timeless island. This essay interrogates the constructions of such representations, analyzing both movies and scholarly products and their connections and interactions. These «discourses» are mutually reinforcing to produce an immutable Sardinian subject of images and representations. Paradoxically, this constructed identity, produced and reproduced by filmmakers and academics through the objectifications and systematizations of the subject presented as common sense, comes back to social actors in a naturalized form. Social identity depends, essentially, on processes of identification. In this way, as in a hall of mirrors, natives' adopted social identity is reflected in the eye of the observer. In this circularity, social scientists are caught in the web they have helped to build and social actors became effective players of their inscribed identity and of its representation. 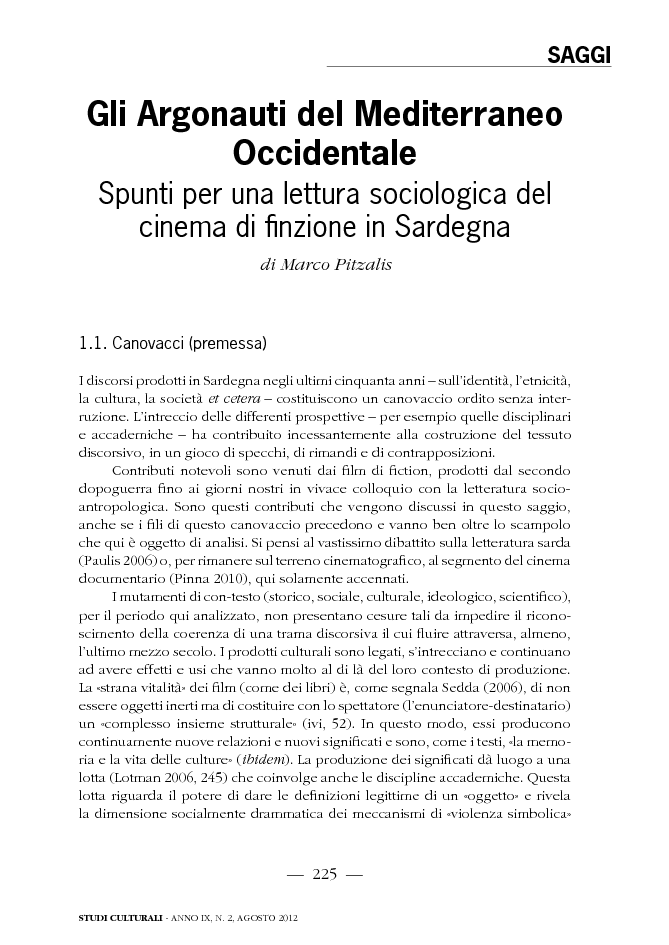