Conspiracy theories appear to be an ubiquitous phenomenon in contemporary Western culture, often trying to explain events on a both global and national scale in the popular political discourse by postulating the existence of a hidden power structure that controls history. Following the publication of Richard Hofstadter's The Paranoid Style in American Politics in 1964, they have been considered a product of a politically paranoid way of thinking, and marginalized as a form of pathology. Recently, however, Hofstadter's "pathological approach" has been critiqued by a number of sociologists and anthropologists that noted the inadequacy of the category of political paranoia in the analysis of contemporary conspiratorial thinking. In rejecting the paranoid style, they try to provide a different framework for the study of conspiracism as a cultural phenomenon that is able to better represent its current social and political significance in our culture. Another prominent aspect of 21st century conspiracism has been underlined, and has to be considered in order to give a correct overview of its evolution through the second half of the last century: the progressive appropriation of conspiratorial modes of discourse by the public opinion, traceable in the American context from the Kennedy assassination to the millennial fears of the New World Order. 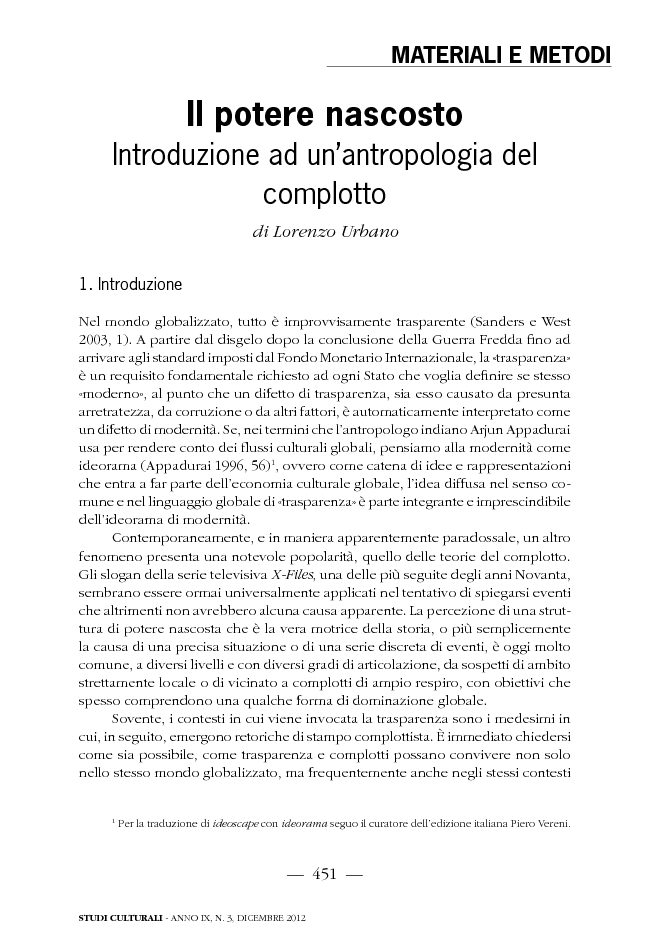