This article presents a systematic comparative analysis of gender representations in fashion magazines in Italy in the Netherlands. Attempting to nuance and specify the social dynamics of gender representation, we compare a number of relevant categories. The data come from a new database which has unique data on the representation of beauty in magazines in 6 European countries, which was created in 2010-13 by the authors. The database includes a wide range of variables for each image, often quantifications of semiotic categories like the ones proposed by Goffman's foundational text, Gender Advertisements (1979), in order to allow for systematic comparison. Through this systematic analysis, we can shed light on the dynamics of gender representations: instead of presenting them as a never-ending game of domination and difference, we can ask: when are which differences highlighted, performed or played out most? Or instead: under what conditions are difference and domination least visible, or maybe trumped by other performances? 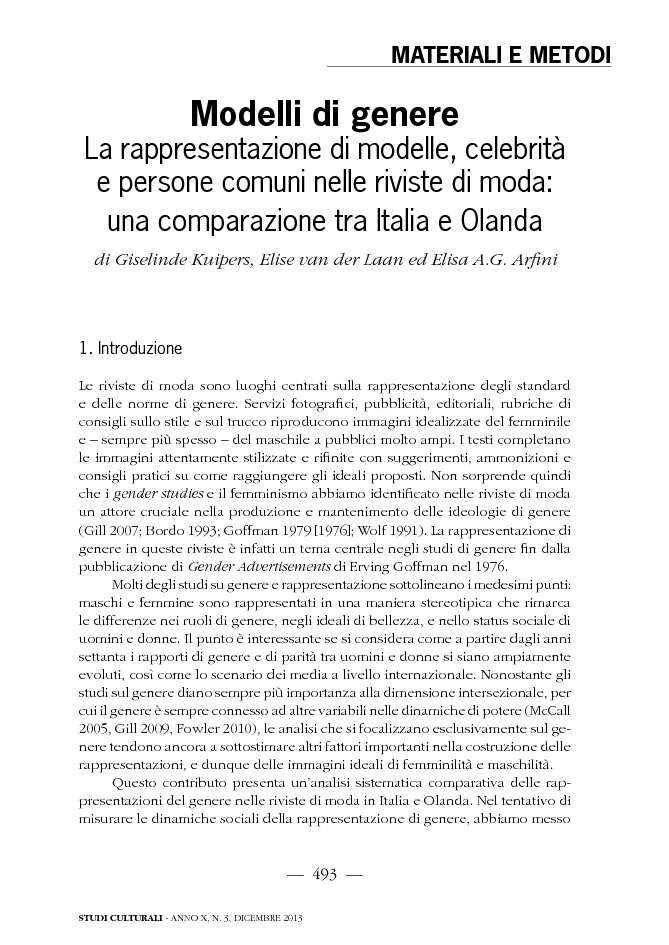