This critical essay considers three books that, although from diverse perspectives, are concerned with representations of femininity, and, more specifically, with those revolving around female figures that, like Anne Boleyn or Francesca D'Addario, have entered the public sphere and have triggered diverse representations of - and discourses on - femininity and feminism, with particular attention to power and sexuality. Both Bordo (2013) and Ottonelli (2011) show the variety of «uses» that have been made of these and other feminine figures by different social positions, agendas and cultures. They also underline the more or less implicit moralism - sometimes disguised as feminism - underling such representations, and this is something Hakim (2013) notes as well. However, in many respects her argument is highly problematic: in particular, the acritical assumption of an exclusively instrumental, utilitarian perspective, and the rather ethnocentric, monolithic and outdated conception of feminism, with particular reference to feminist positions on sexuality and sex work. 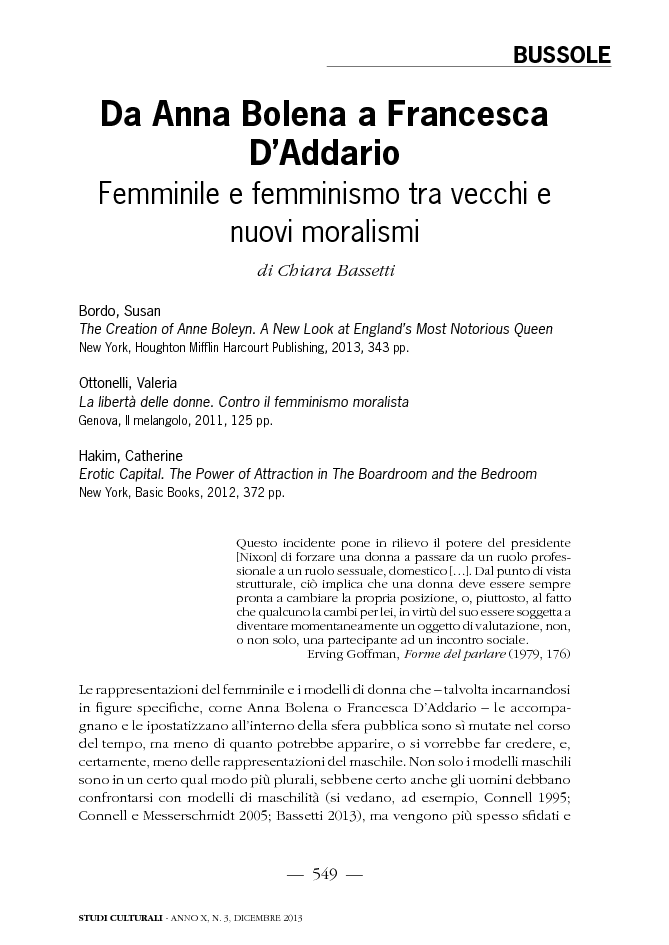