The article is focused on the sub-genre of Vietnam Movies, as it is based on the secondary analysis of a sample of 420 American movies, released between 1965 and 2012. The main goal of the article is to detect the typical features of the cycle, and to study its evolution against the backdrop of a broader theoretical issue: the relationship between cycles (or clusters) and genres. According to academic literature, Vietnam Movies do not constitute an autonomous genre; nonetheless, they cannot be considered as a part of the broader category of war movies. The unstable nature of Vietnam Movies has arguably to do with the divisive memory of the conflict and all the cultural implications of the first American military defeat, resulting in the rise of a «sub-text». Economic, social and cultural causes can help understand the most controversial moment in the history of the American cultural industry, the particular nature of Vietnam movies and the evolution of this narrative cluster, from the 1960s and 1970s veteran sub-genre to the politically biased 1980s movies. 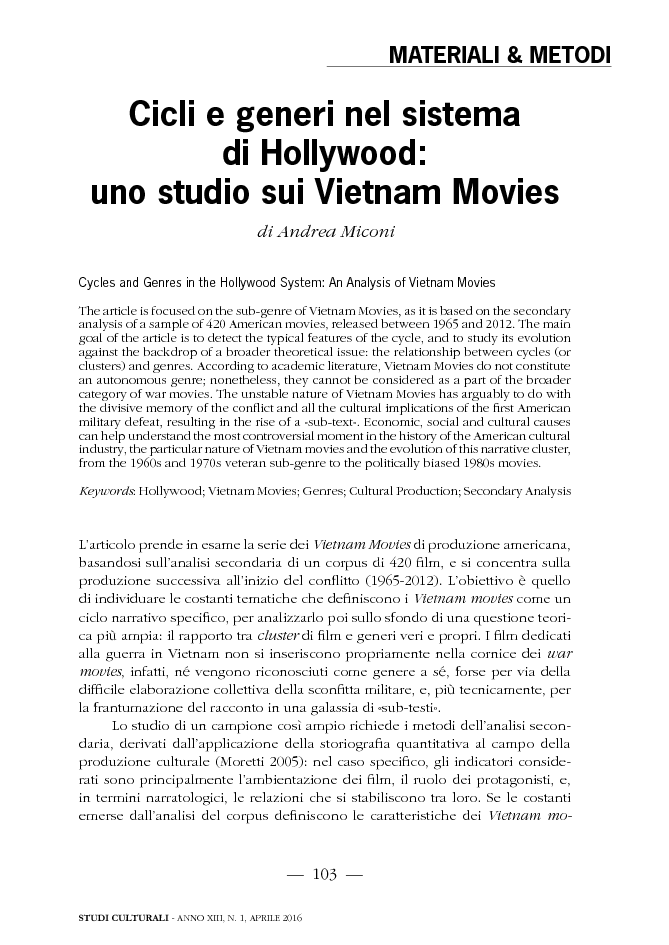