The essay, written on the eve of the Weimar Republic, in a phase of tumultuous political life and of a perceived cultural crisis, represents one of the first attempts of Alfred Weber to formulate organically the theoretical basis of his cultural sociology. Similarly to other German intellectuals of his period Weber identified the cultural crisis with the increasing intellectualization, rationalization and bureaucratization of modern society. However, he never adopted a dichotomous understanding of the modern "Zeitgeist" in terms of civilization versus culture. In his theory the cultural movement, the civilization process and also the social process maintain rather a dialectic and also conflictual relationship within each historical body, so that their cultural differences chiefly depend on the different way these processes influence each other. Weber's understanding of «culture» is so constituted of two levels, an ontological and a phenomenological one. On a one hand the cultural movement, the civilization process and the social process structure the human existence ("Dasein"), which is always situated and experienced historically. On the other hand by interacting they produce material and immaterial cultural goods that symbolize the feeling of life of a specific historical moment. Task of the sociologist is to analyze only this second level. 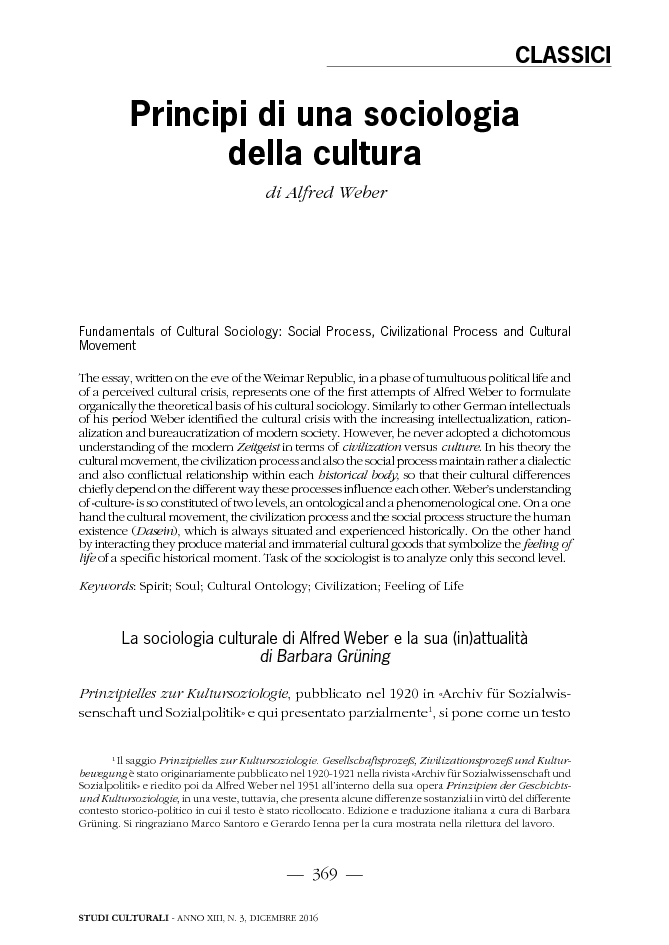