This article considers music as a precipitate of the universes of meaning attributed to deviance and crime in a certain period of history and in a specific social context. From this perspective, the «canzoni delle mala», sung by various artists from Milan in the 50-70's, are analysed. These songs transfigured the violence and social unrest of the period of «ligera» (a specific kind of criminality in Milan), anticipating the birth of the «canzone d'autore». Two rethorics are highlighted in this process: the romanticization of crime and the importance of authenticity in the performances. The songs "La povera Rosetta" and "Ma mì", which represent two different typologies of authenticity (respectively a modernist and a constructivist version of the concept) are considered as case studies. The analysis shows that, even if there are different kinds of «canzoni della mala», those romantic and «authentic» songs expressed the desire to resist the process of industrialisation, and tried to introduce a new «taste» in music. 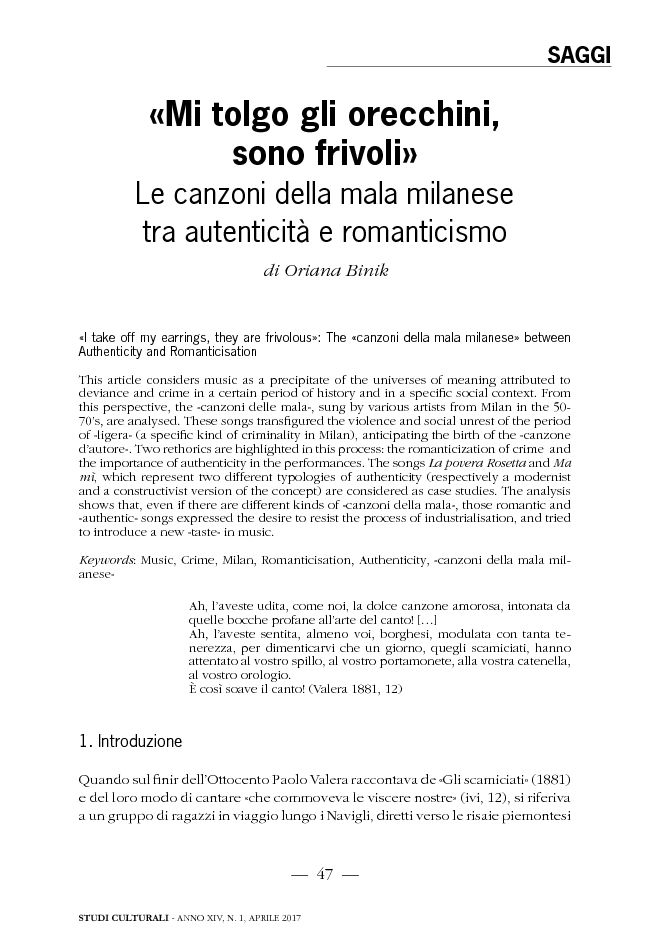