Michael Hviid Jacobsen (2014) highlights the importance, for criminology, to experiment with creative methodologies, carrying out «poetically inspired» researches that might enrich with new ideas the criminological imagination. Right within the scope of the so-called «visual criminology», the present contribution proposes a new qualitative methodology of visual research that we call «film-live». Film-live can then be defined as: (1) a new methodological tool to carry out visual research, that makes the encounter between the imaginary and the real its central and qualifying moment; (2) a means of communicating with and involving people in the results of the research, also outside the academic field. These methodological aspects are analysed with reference to a specific film-live we realized in 2010, in Academia di Belle Arti of Brera, Milan. 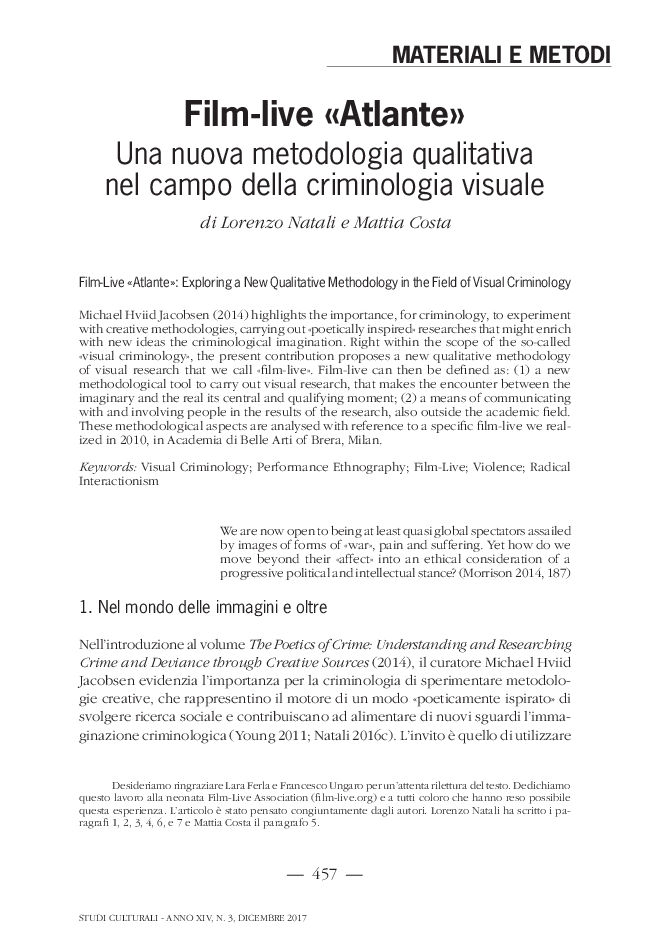