In recent years, a number of statements established the idea of prisons as «schools of terrorism», identifying some specificity of the detention condition that would favour adherence to a specific political-religious ideology. In other words, these statements consider prison as a privileged place for radicalization, understood as a process «that sees people embracing opinions, views and ideas that could lead to terrorist acts» (European Commission 2005). The essay deals with the subject from three different angles. In first place, it reconstructs a genealogy of such discourses, arguing their development in the framework of the institutional reaction to «Islamic matrix» terrorism. Secondly, it analyses three institutional devices: additional restrictions on the detention regime, «risk management» tools and de- radicalization. Finally, the essay considers how the discourses on the «radicalized» and the institutional devices avoid two issues that involve prison now: the mass incarceration and the «grand renfermement» of foreigners. 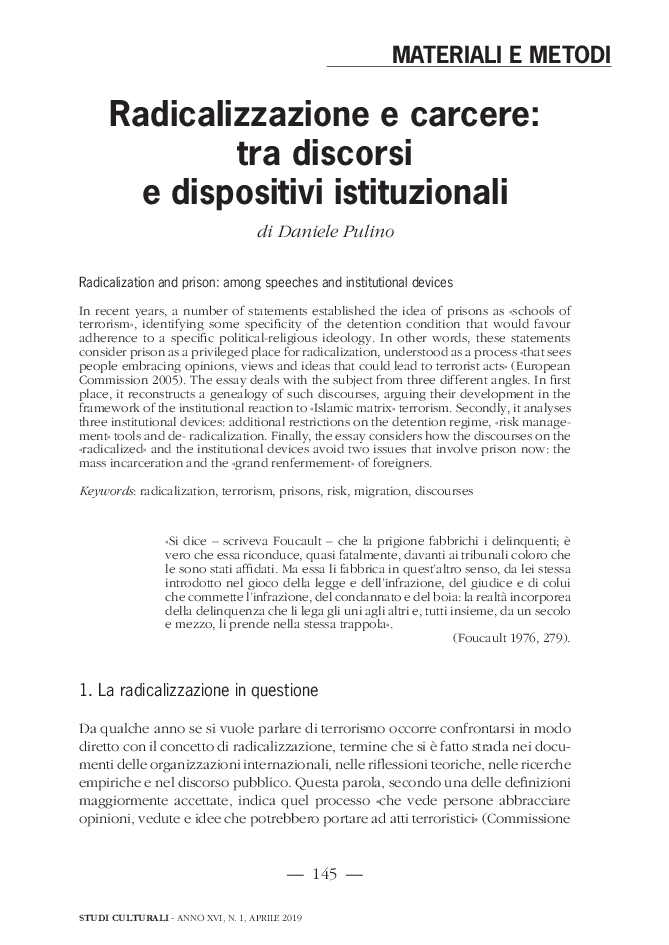