In the wake of wars and conflicts that have spilled into the 21st century, translation con¬tinues to play a crucial role in revealing the power that one culture can exert over another. Translations may be manipulated and reframed by rival parties to circulate and legitimize their own narratives, with each side attempting to frame the same event in a different way that strengthens its own narratives and serves its own interests. «Translation is thus understood as a form of re-narration that constructs rather than represents the events and characters it re-narrates in another language» (Baker 2014, 159). Drawing on narrative theory, as elaborated in Somers (1997), Somers and Gibson (1994) and Baker (2006), and on the notion of framing as defined and elaborated by Goffman (1974; 1984), this study investigates the mechanisms by which MEMRI, which is aligned to dominant narratives and invests in embedding the Palestinian-Israeli conflict within the metanarrative of a global «war on terror», systematically elaborates dehumanising narratives of Palestinians in general as deranged terrorists and Palestinian women as heartless mothers who rejoice at seeing their children martyred. 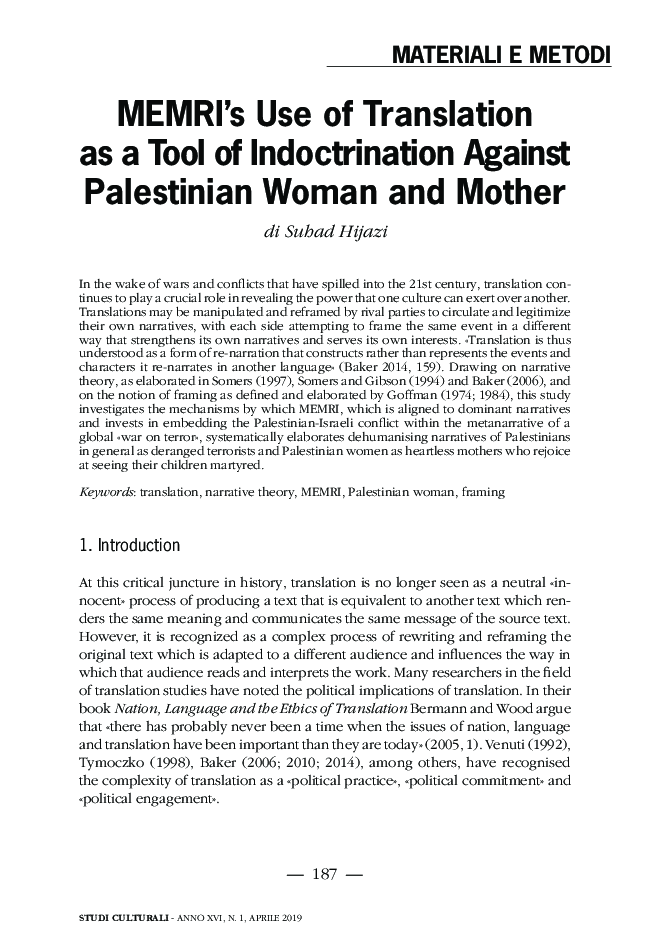