In April and June, 1938, a series of ten cartoons, ironically called Le grandi democrazie, is published in the Turin newspaper «Gazzetta del Popolo». The subject selected by Livio Apolloni’s illustrations is the democratic-parliamentary system, in particularly the French one. His drawings transmit the idea of an ineffective, inefficient and corrupt political class, which is also compromised with financial powers and Freemasonry. This article wishes to report on this iconographic production in the journalistic debate of those months, to foreground the main criticism against democratic governments. It is obvious that both articles and cartoons published in this newspaper want to convey the same kind of message, connected closely with the political and propagandistic aims of the fascist regime. 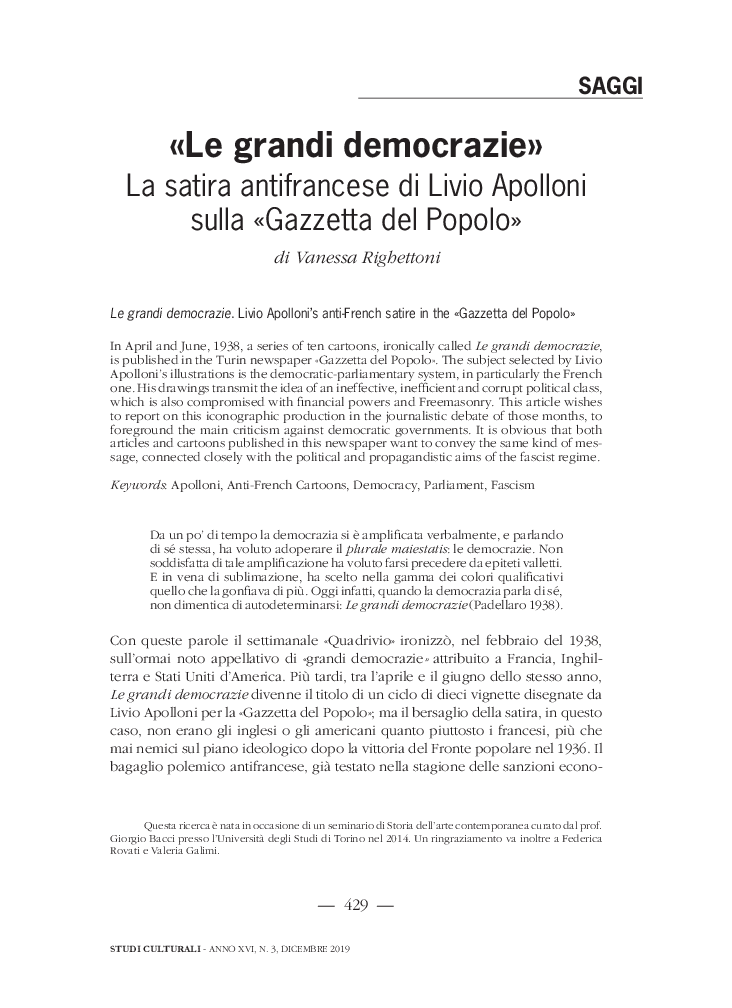