Starting from the definition of phenomenal television theorised by media scholar Amanda Lotz, this article chooses the American TV series You - launched by the cable channel Lifetime and subsequently acquired by Netflix - as a case study, by analysing the ways in which it deconstructs, on the one hand, the genres codes (especially those of the romantic comedy) and, on the other hand, several relationship models conveyed by western media and still embedded in collective imagination. Although far apart from the quality television standards, the series plays with genres and audience expectations, dealing with current issues (above all femicide and gender-based violence) and showing some key features of phenomenal television, such as that of incongruity. In the case of You, indeed, both the ideology of the story and its style stand out eventually in a channel like Lifetime, and they seem to conflict with the main perspective anticipated to be shared by the audience and the conventional horizon of that network. 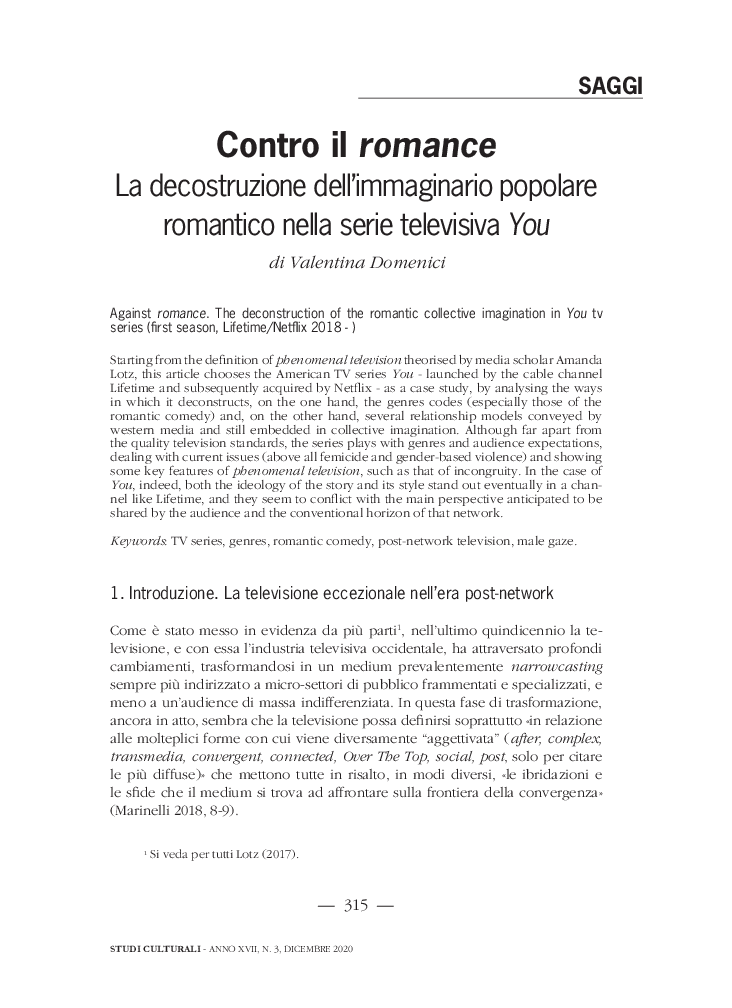