Drawing on the aura of ancient myths, and on the tension between the two opposing forces symbolized by Epimetheus and Prometheus, the article ventures a philosophical interpretation of human history from its dawn to the threshold of artificial intelligence. Human history and the identity of each individual are marked by the conflict between these two forces: the Promethean force, wan but wilful; and the Epimethean force, resigned but mutinous, aware that it cannot cross further limits. These two opposite forces, however, are destined to come together 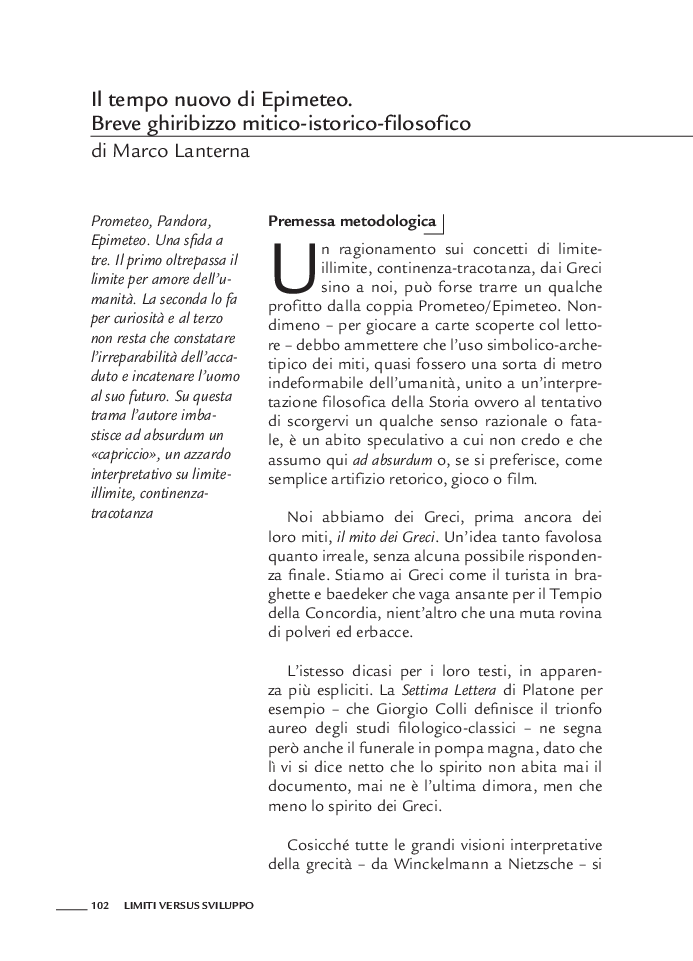