The terms – description and prescription – are inherent in an architect’s design. Today, however, the iconic and cynical, pragmatic and primarily aesthetic discourse, devoid of civic purpose, prevails. The article is a long and timely excursus on the relationship between prophetic discourse and architects. After presenting the difference between prophecy and utopia, (which are not synonyms) and prophecy and prognostication (the latter as a worldly version of the former) and their relation to time (presenting Augustine of Hippo’s reflections on the subject), the article focuses on the heart of the matter: the twentieth century as the golden age of architectural prophethood. The early twentieth century is the era of «radiant cities» and of the radical reformism of an architecture capable of upholding new values and pointing to ultimate ends. The promises of the early twentieth century design undergo a progressive twist beginning in the second half of the century. The weak prophecy of the present chronicles the shift from an architecture as art that aimed at an overall «aesthetic reform» to an architecture as art providing a circumscribed «aesthetic response». There is a big difference, however, between reform and response. 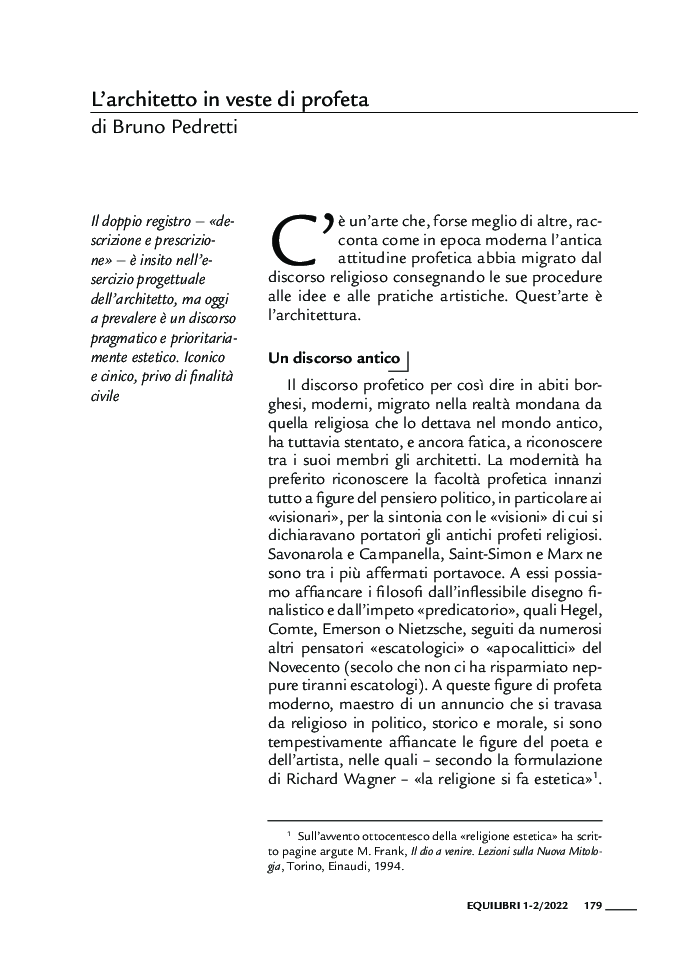