The Knowledge economy seems to contain a development opportunity for each country. Creation and diffusion of new ideas have been possible particularly with the innovation of information and communication technology, ICT. But access and accessibility to ICT are not always guaranteed, especially in the poorest countries, although they would improve people's life conditions and reduce poverty. This creates the so-called «digital divide». The number of fi xed and mobile telephone subscriptions, the number of internet subscriptions and the percentage of PC users are three of the most important indicators of the digital divide, according to OCSE. By comparing as an example the percentage of households with internet access in 2008, currently the North-South digital divide is still very far from being defeated, with the gap between European countries (58.1%), Asia (16.8%) and Africa (2.5%) indicating that this issue should be given priority in the global political agenda. 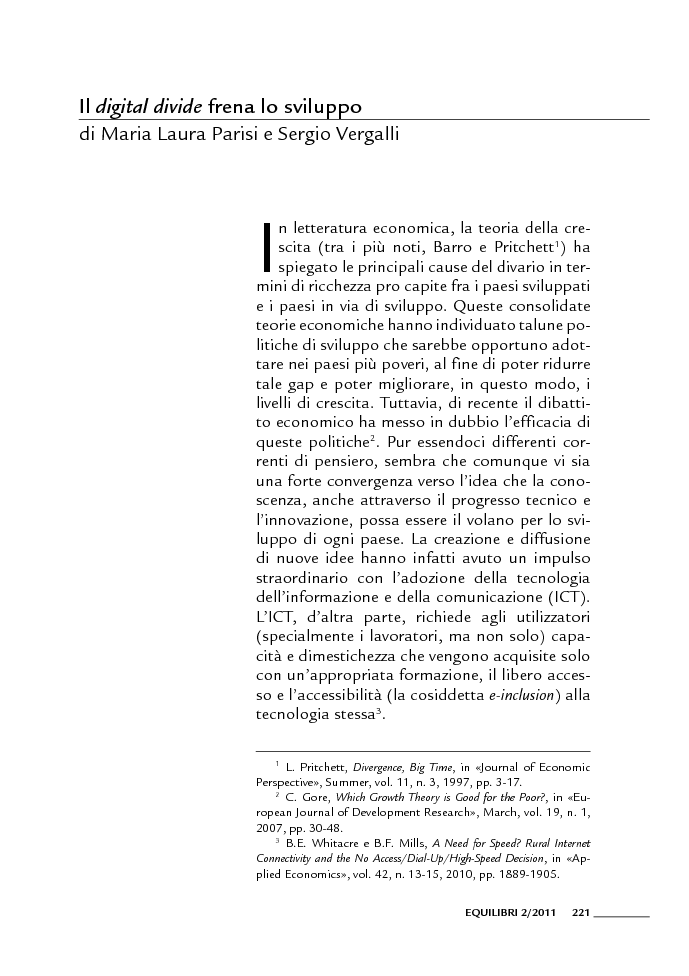