This article discusses the formalization of a new normative order or, in terms of the reference theory (Boltanski-Thévenot, 1991), of a new City, as debated in the international managerial literature, and in the post-crisis literature in particular. This order, which we call City of Sustainability, defines who is «great» and who is «small» according to the principle of resources valorization. In the City of Sustainability - which emerges from the analysis of over 50 papers of international managerial literature published between June 30, 2008 and July 1, 2010 - the great valorizes human, social and environmental resources, while the small uses resources without regenerating them, thus mortifying, exploiting and dissipating resources, creating an unsustainable world in the long run. Within the economic sphere, care for the extra-financial value, the regeneration of resources and the long-term perspective characterize the sustainable world of which we will highlight the main tools. The article also lists the risks and advantages of the appropriation of the value of sustainability by post-crisis capitalism, from both a rhetorical and practical viewpoint, as a way to open new grounds for profit. 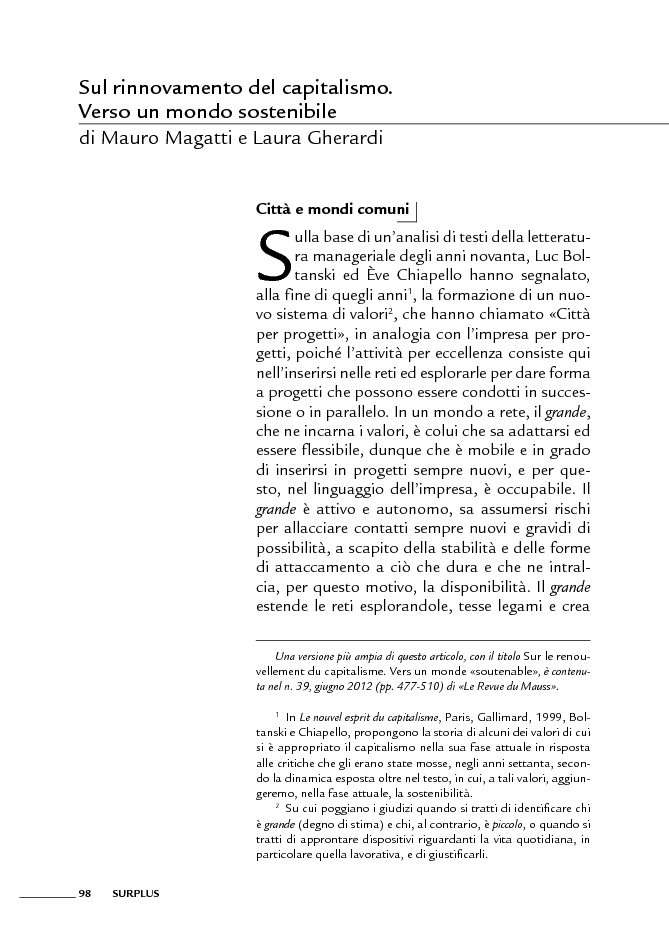