By reviewing the growing literature that studies the environmental change, migration nexus, some conclusions and key messages can be drawn. First, it appears that most population movements triggered by environmental factors are of limited duration and cover short distances. They occur mainly within states and, to a lesser extent, between neighboring states. Migration is not necessarily a bad option. It can be an appropriate strategy for adapting to environmental change. Environmental degradation, conflicts, and migration do not automatically aggravate each other, but they interact depending on a region's political, economic, and social conditions. Adaptation and mitigation measures can prevent migration due to climate change to some degree. But they are often very costly. 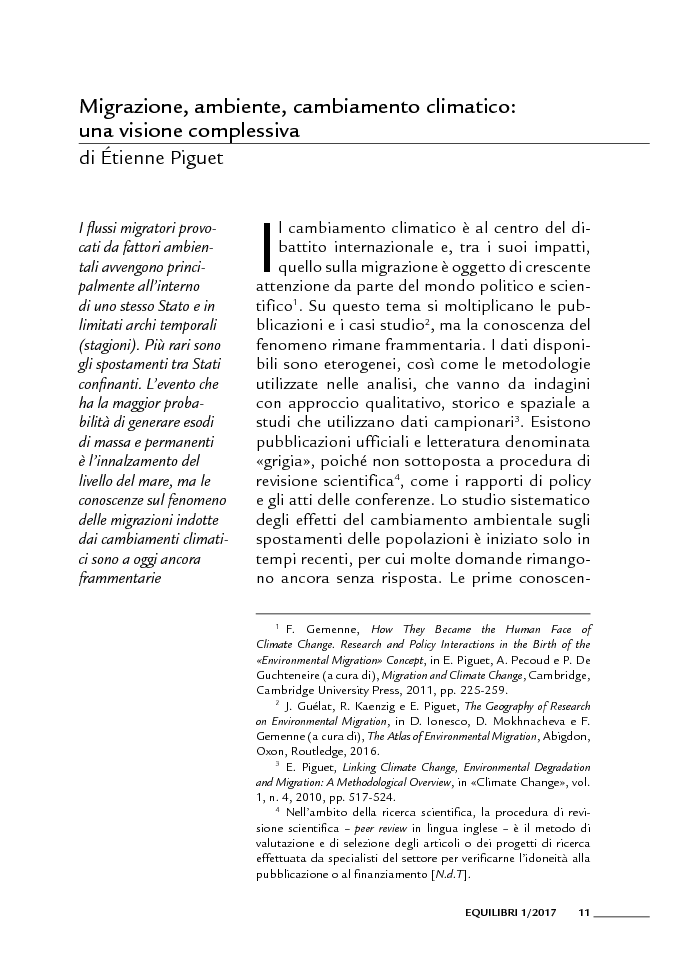