Over the last decade, the important economic growth of the African continent, in terms of significant increase in foreign investments, digitization and domestic markets, is seen with hope. However, many countries in Sub-Saharan Africa remain scarred by permanent conflicts, while in others cultural, educational and sociopolitical structures of the State or civil society are weak. In the more stable countries, there are important imbalances and inequalities that clash with the Sustainable Development Goals contemplated by the 2030 Agenda. Within this vast scenario, the role of the state in Africa is hybrid and constantly changing: the tribal system, the "chefferie" and the relationship between intermediate state powers and institutions are the central theme of this contribution. The focus is on governance models adopted under the aegis of the central state with respect to power systems historically accustomed to nepotism, patronage and clan alliances and their relations with the penetration of the market economy. 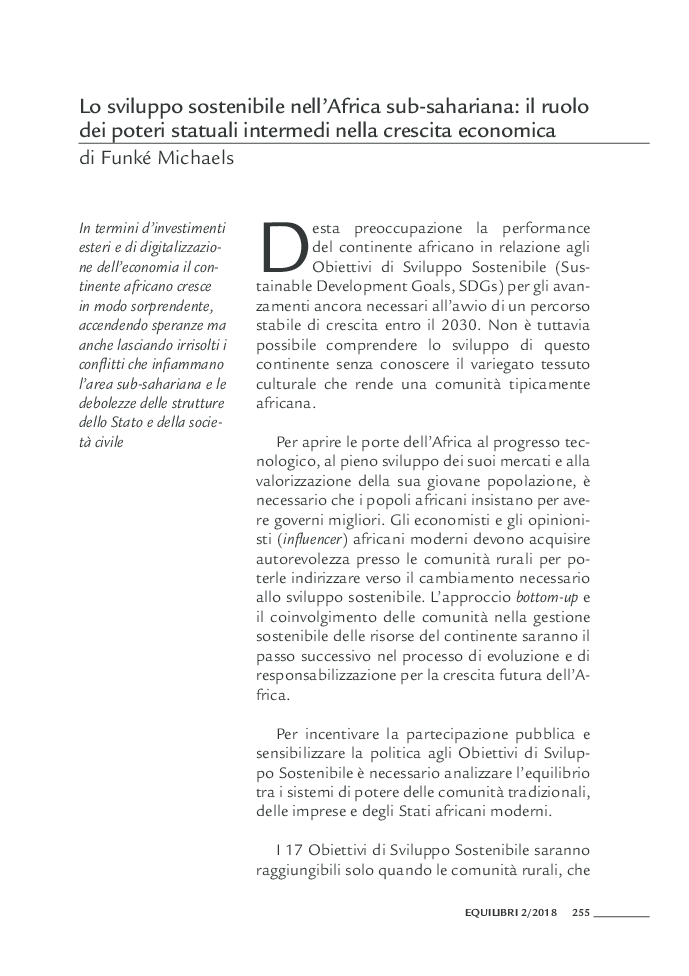