This paper deals with the city of Milan during the first decades of the 20th century until the advent of the fascist state. It analyses the relationship between owners and tenants as the mean to study the building of social identities inside the urban environment. So it focuses on a period of crises and experiments, where the State organized structures of mediation between owners and tenants, such as the "Commissario del Governo per le abitazioni", created in 1920. The aim is to fill in a historiographical void on those groups of urban actors, generally studied according to the types of organizations they developed. Rather, my choice is to develop a relational study of those relations: the archives produced by those structures of mediation allow the analysis of the conflicts, their development and resolution. Furthermore, the intervention of the State is observed both at the national and at the local scale. The post-world war period is characterized by a rhetoric of going back to 'normality' in the property market. However, this period crystallised long-lasting changes in the relation with the State: the configurations of the call to the State, the definition in progress of "advents' rights" and owners' duties, underline a process of redefinition of social identities through the housing question. My enquiry discusses a sort of fiction, transmitted by historiography, of a face-to-face between owners and tenants and of an anonymous property market only depending on economic rules. It highlights how the housing question emerges as a new field for the State's intervention and social regulation. 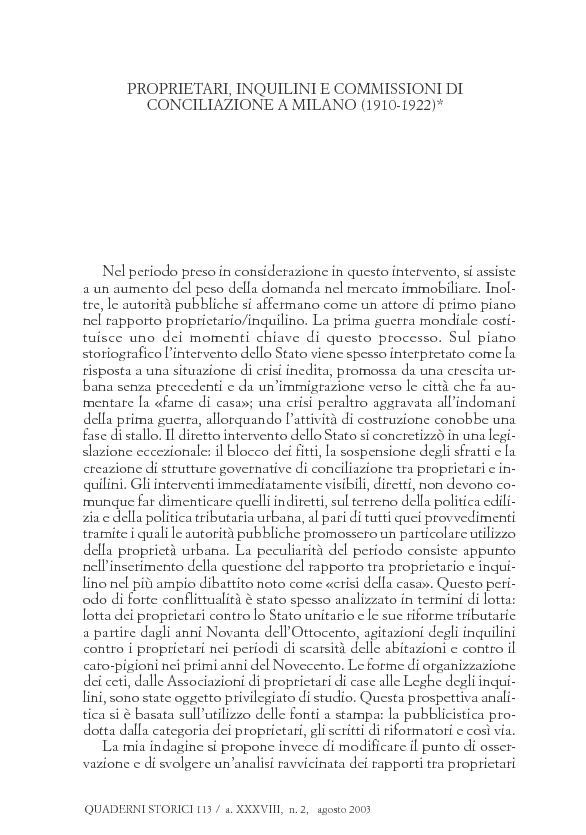