he turn from the fifteenth to the sixteenth century. Practices of transfer are discussed as the result of a whole set of circumstances and with various factors playing a significant role. The older debate on this topic has been dominated by the question of how and when primogeniture became a common practice. Over the last thirty years, dynastic and kinship studies have shown the interplay between the exclusion of female family members on the one hand and the promotion of male descendants in this process on the other. But this is only half the story. Local and gendered case studies have observed a huge variety of complex and dynamic practices, which cannot be assigned to one specific pattern. Exploring the case of Philipp of Baden (1479-1533), fifth son of the Margrave Christoph I of Baden (1453-1527), who selected Philipp as his sole heir and, in doing so, triggered a set of serious dynastic and political conflicts, the article will present a «third way» to organize the transfer of power by conceptualizing favouritism as a dynamic tool for managing political and (gendered) dynastic challenges of the time 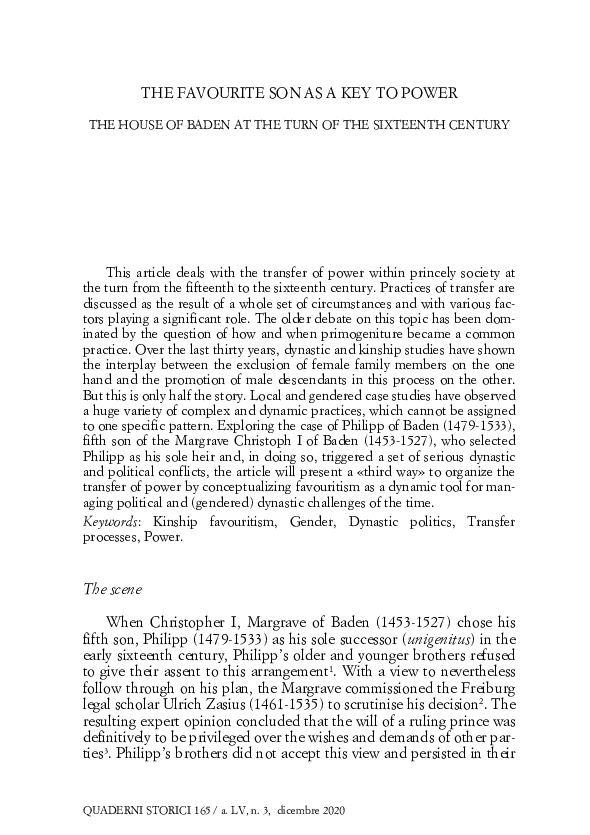