In stark contrast to the numerical significance of stepfamilies in early modern society, the living conditions and circumstances that resulted from step-constellations have seen comparatively little research so far. Starting from the assumption that ownership and wealth fundamentally structured kin relations and that marriage and inheritance were the familial rites of transition with which important transfers of familial wealth were associated, this contribution deals with the arrangements made upon remarriages, with inheritance practice in step-constellations and with widow’s endowments from a perspective that assumes multiple dimensions of gender-specificity and intergenerationality. The lines of conflict were characterized by generation and by gender: the agnatic family interests, which sought to protect the family wealth inherited primarily by sons – from all of the father’s marriages – , conflicted with the fundamental notion of fairness embodied in equal distribution among all offspring and with the objective of providing for daughters and widows at a level befitting of their rank. In aristocratic stepfamilies, these collisions between various interests were even more severe due to the more complex existing family structures. 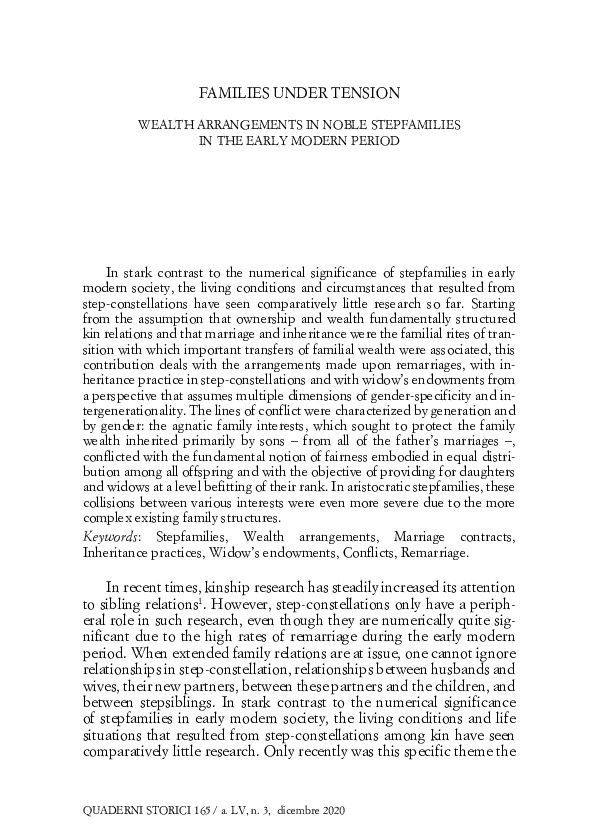