This essay expands upon a branch of historical inquiry that takes as its object welfare institutions for women, focusing more specifically on an analysis of the terms in which women belonging to the urban social élites practised patronage in Venice in the second half of the sixteenth century. The particular subject of this study is the Company of Saint Ursula, founded at the beginning of the century by Angela Merici and documented as being present in Venice as of the 1570s. The Company supported a network of female relations where dedication to God and mutual solidarity both motivated and sustained an agenda of religious life in the secular world. Engaged in the material assistance and social re-integration of widows and poor nubile girls, the governesses of the Company of Saint Ursula also attempted to advertise a female lifestyle actively dedicated to the practise of charity and the teaching of christian doctrine. Documents found in the Archivio di Stato di Venezia reveal that the Company of Saint Ursula was responsable for commissioning the first altar on the right in the church of the Ospedale degli Incurabili and the relevant altarpiece by Tintoretto, "Saint Ursula and the Eleven Thousand Virgins". This painting constituted a kind of iconographic manifesto with respect to a new role model for women. It translated into visual terms the intentions and the expectations of the enthusiastic governesses, projecting Counter-reformation missionary spirituality into the hypothetical Figures of women engaged in travel. This visual metaphor not only transmitted the active dedication of Venetian noblewomen to religious work in the world, but also identified them as the direct spiritual descendants of the semi-legendary martyr Ursula. The procession of the eleven thousand virgins, meant to be understood as a metaphor for the active life, offered an accurate interpretation of Ursuline religious zeal, cannily translated by Tintoretto in an innovative visual composition that, deriving from the local representational tradition, promoted a new model of female lay spirituality, entirely in harmony with the devotional directives of the Counter-reformation. 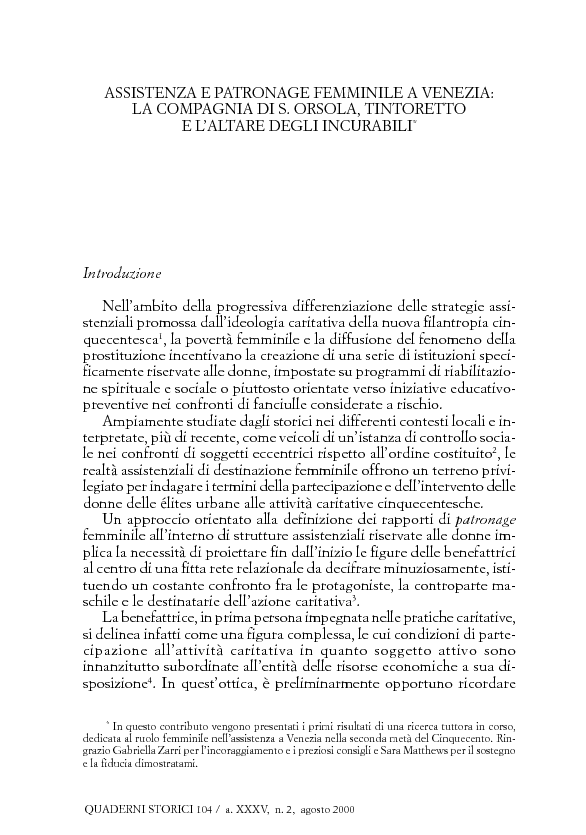