This article investigates the role of regional ties and identity in III Republic France by focusing on internal migration toward Paris, 1875-1925. Networks among people in Paris are traced through the marriage acts, especially noting the identity of the bride, groom, and wedding witnesses. The study looks at migrants from Brittany in two areas of the city: the relatively female neighbourhood of the railroad station where newcomers disembarked and a relatively male industrial suburb where many Bretons found work. Bretons in the two neighbourhoods were quite distinct in terms of literacy, area of origin, marriage partners, patterns of intermarriage, gender, and occupation. Marital and friendship solidarities (among Bretons and among Bretons, Parisians, and other migrants) reveal the complexities of joining the urban world through by allowing a view of regional, social, and gender dynamics in the city. 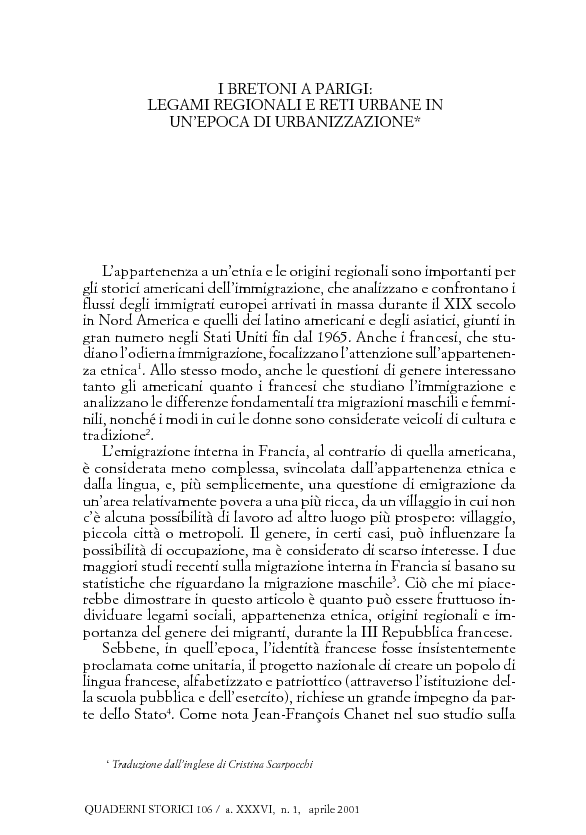