The article analyzes how ethnicity and religion affected the ways foreigners settled and succeeded in the XIXth century in Messina, a Sicilian city with an harbour of a certain importance. It suggests that religion and ethnicity are flexible resources, afar from being strict standards of recognition and behavior, and that they can be used or put aside with reference to individual strategies. The main source used are the marriage acts of immigrants (English, German, Swiss, French, Maltese) between 1843 and 1868, that report data on the places of origin and address of the bridegrooms, parents and witnesses. They are compared with the minute reconstruction of the marriages of four generation of a family of German bankers and of the families in which they married. Then, I took into account the opinions of some members of the community, travellers and, above all, of the evangelical ministers that had the cure of the souls of the German speakers. Mainly the ministers supported in-marrying and keeping the German culture as successful strategies shared by the whole community. On the contrary, the marriage acts show that most of the immigrants didn't follow the dominant ideological representation, but they mixed with the natives, marrying them and emphasizing neighborhood relationships. Moreover, some of the élite of the great merchant and bankers, that at first actually supported their success marrying into families of the same ethnicity and religion, as well as of similar status, afterwards changed their behavior. Some of them would choose to cosolidate their settlement in the city, marrying into families of local bankers, dealers, entrepreneurs; while others would keep on preferring marriages among Germans, and in order to do that, they would leave the city and go where their bussiness took them. 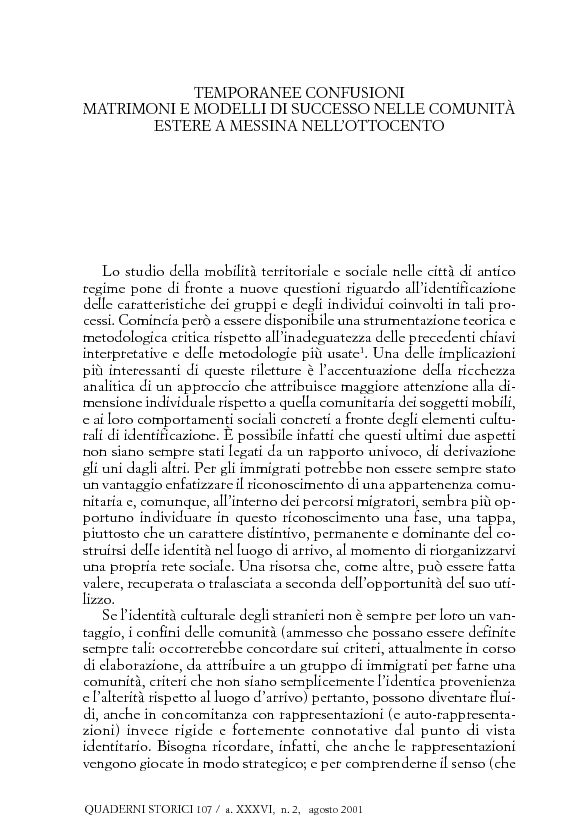