David Howarth examines the genesis and dynamics of the first great classical collection to have been created in early modern Britain. This was amassed by the Earl of Arundel, Earl Marshal of England, passionate lover of Greek and Roman antiquities, Italian Renaissance drawings, and northern paintings, most famously, the portraits of Holbein. Howarth looks at the dynamic relationship between Arundel and his art agents. He asks to what extent it is possible to see the objects which ended up in a great collection, as a direct reflection of the taste of the man who paid for it. Arundel trained and operated a network of agents. They were in Italy, the Empire, and Asia Minor for years at a time in pursuit of buying objects which they believed reflected their master's tastes. But limited means of communication in the early modern world, necessarily meant that agents often worked in isolation; wholly independent of Arundel whose political significance meant that after only one life-changing trip to Italy, he remained largely confined to the court in London. Howarth goes on to suggest that the sheer complexity of acquiring say, a Greek statue in Turkey or a Titian painting in Venice, and the complexities of getting them onto the walls of a London palace, demands that we think hard about issues of ownership and identity. In an age before the mobile phone, direction of art agents, was at best a matter of "remote control". This essay is an attempt to bring the agent out of the shadows and onto centre stage. 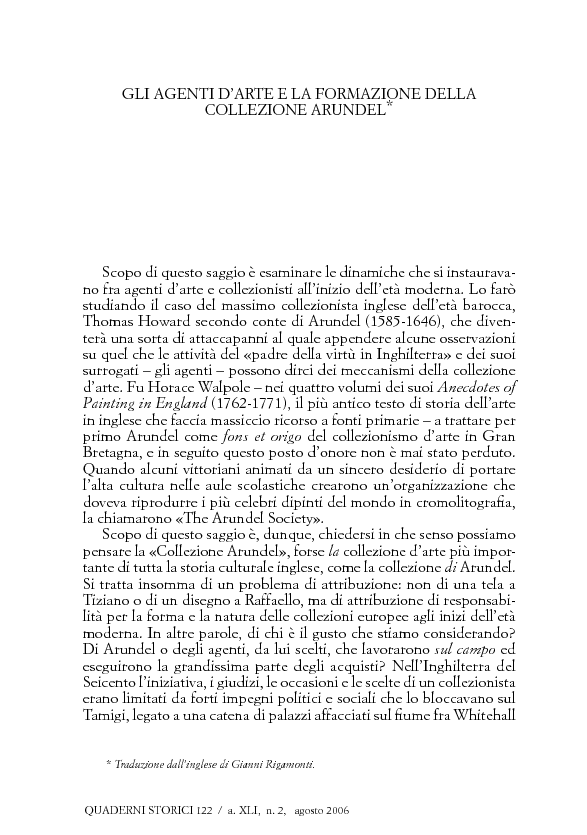