Until the early 1950s, many Italian bishops used to style themselves princes, dukes, earls, etc. This article provides insight into the medieval origin of this custom and reconstructs the political context which allowed its establishment. Through analysis of the relationships between bishops and major political players (the emperor, the city-states, the landed nobility, the early Renaissance states) it is possible to identify two periods of proliferation of these titles. The first dates back to the 11th-12th centuries, when some bishops who had received the comitatus from the emperor derived from it the title of comes (earl) in order to handle the Commons' claims over the cities. The second occurred in the 14th century, when many other bishops started adopting a title, both to reinforce their power over lands and castles in the countryside, but also to define once and for all the nobility of the person elected to the episcopal office. 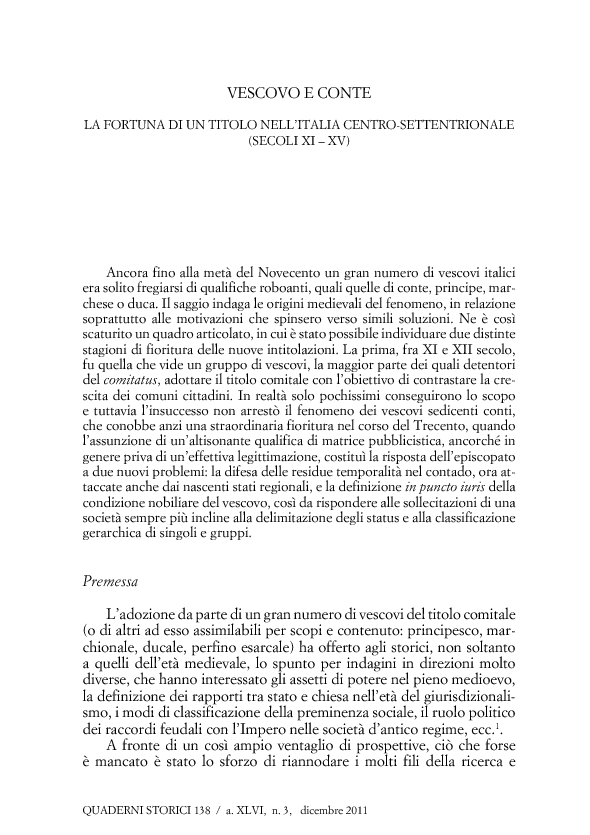