In seventeenth century Rome the possession of paintings was widely spread among all sorts of people. A sample of 75 probate inventories shows that merchants, lawyers, crafts members, middle sort women, all owned at least a few pieces, and some had what can be viewed as a real collection. Books, on the contrary, were much rarer. Between images and writings stood printed sheets, that were produced to illustrate the burial of a pope, the coronation of another, sieges, battles, celebrated men or women, extraordinary events, and so on. All these items were rather cheap, and more and more people could afford them. Drawing from Pomian's seminal essay on collections, this article argues that by purchasing and keeping paintings, books, prints, their owners intended to remove them from the realm of utility and to insert them in that of signification. By this, even ordinary goods acquired the power to connect the visible sphere of things to the invisible sphere of such abstract ideas as faith, antiquity, culture, lineage, and information too. The reputation of their owners benefited from this special ability, and this is why they were preserved from exchange. 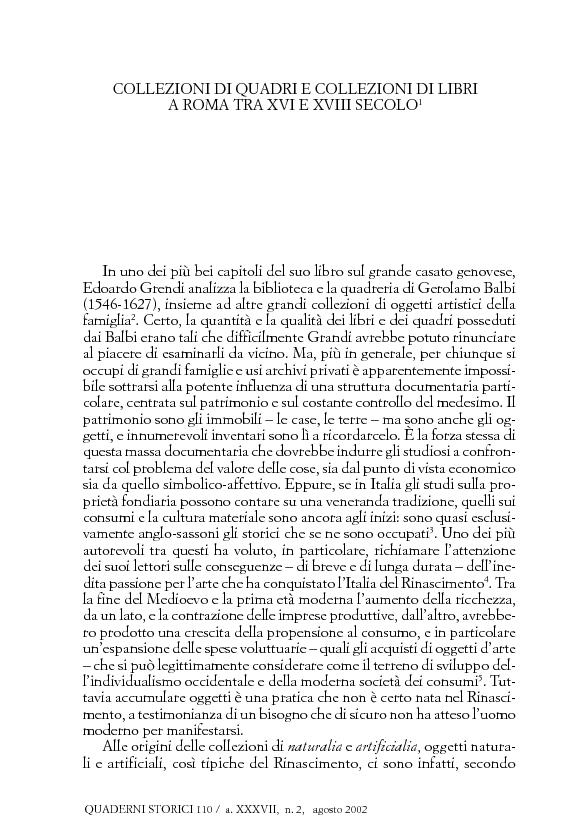