The conflicts between aristocratic spouses in seventeenth and eighteenth-century Rome, which resulted in separations that were either overseen by an ecclesiastic tribunal or not, offer an insight into a particular system of inter-relations between women, and are useful in understanding both the dynamics of the mediations involved and the strategies pursued in seeking support. In this case, network analysis proves to be of considerable worth as an instrument of investigation. For women aristocrats, the building of female relationships or the strengthening of those that they already enjoyed, could serve as a means of loosening, or even completely untying an undesired marital bond. The separatio quoad thorum et mensam, as pronounced by the ecclesiastical Court, did not annul the marital tie, but rather authorised husband and wife to live separate lives. In all of the cases examined, it was the women who took the initiative. The choice of the moment in which to put in discussion the terms of one's union was by no means a casual one: The women decided to abandon the conjugal estate when they were fully aware of what rights they were entitled to, and when they knew that they could could count on a valid support network. In the majority of the separations examined, the deciding motive was economic. The place where these women aristocrats took refuge upon leaving their husbands also gives a clear indication of where precisely they got their information from, who helped them during the controversy, and the extent of family and political support that they had at their disposal. The outcome of the separation reflected the motivations that had led to the detachment of the married couple, but were also influenced by the degree of support that both the husband and wife enjoyed. If the objective when leaving home was merely to seek a better quality of life, and if by means of her network a woman succeeded in obtaining an increase in her "treatment", she had no hesitation in rejoining her husband. It was not unknown, however, for a woman to realise that she had misjudged the worth of her support system, and to find that, even after a court process, the controversy had not worked to her advantage. 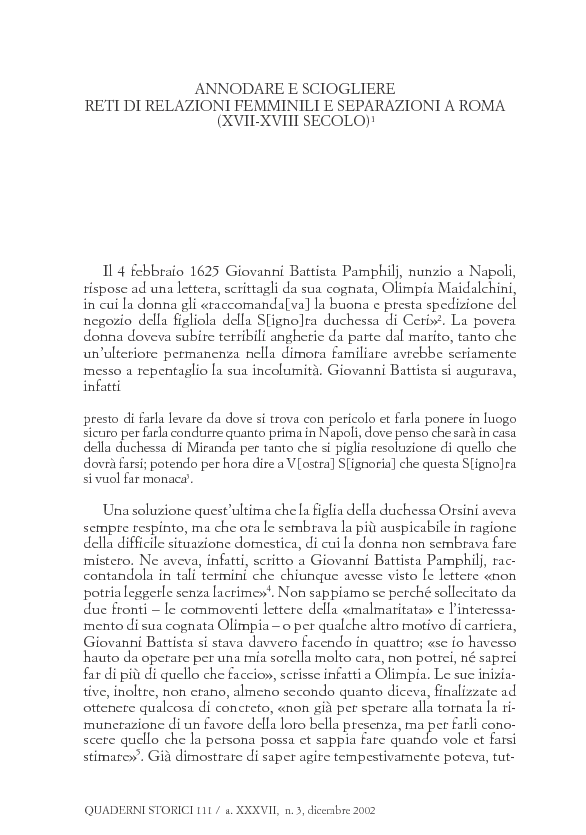