This article explores how ownership disputes over ships and cargo were litigated and adjudicated in seventeenth-century Ottoman Islamic courts. Muslims, Christians, and Jews, Ottoman subjects and foreigners, faced one another in Ottoman courts to recover or defend their rights to property lost or seized at sea. Drawing on the records of three courts - Galata, the military judge of Rumelia (in Istanbul), and Candia on Crete - the article examines the legal strategies litigants employed, the evidence they supplied, and their reasons for going to court. This litigation was often inconclusive because the in-person witness testimony that was usually necessary for plaintiffs to prevail was unobtainable, but the records of the courts, which also served a notarial function, suggest that disputants sometimes brought suit, regardless of whether they could win, in order to pressure the other party to settle out of court or agree to arbitration or mediation. 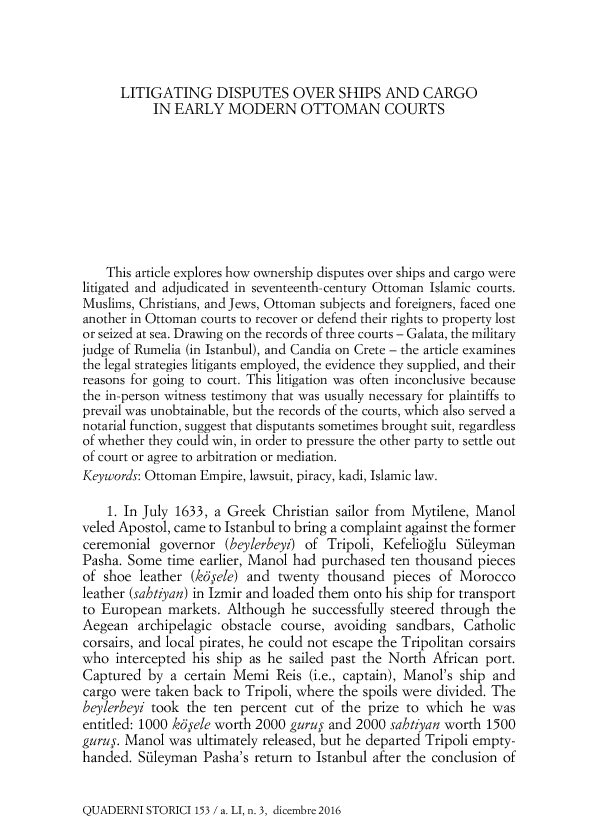