The illustrious Sienese jurist Bartolomeo Sozzini (1436-1506) was retained by the heirs of the Florentine archdeacon, Girolamo Giugni, to contest his holographic will and the bequests to his nieces for the dowries. Sozzini concluded that the holographic will was merely a draft, lacking final intent and legal solemnities. But any bequests to piae causae in such a will might still stand, so Sozzini went on to argue that gifts to the nieces for their dowries were not gifts for pious purposes, for the benefit of the soul of the testator. They were instead gifts animated by concern for family, distinct in his mind from bequests for pious reasons, even if the girls were relatively poor and lacking appropriate dowries for their social status. His arguments represent one attempt to place limits on testamentary giving by overtly separating familial purposes from religious, whereas for many donors the two purposes were conjoined. 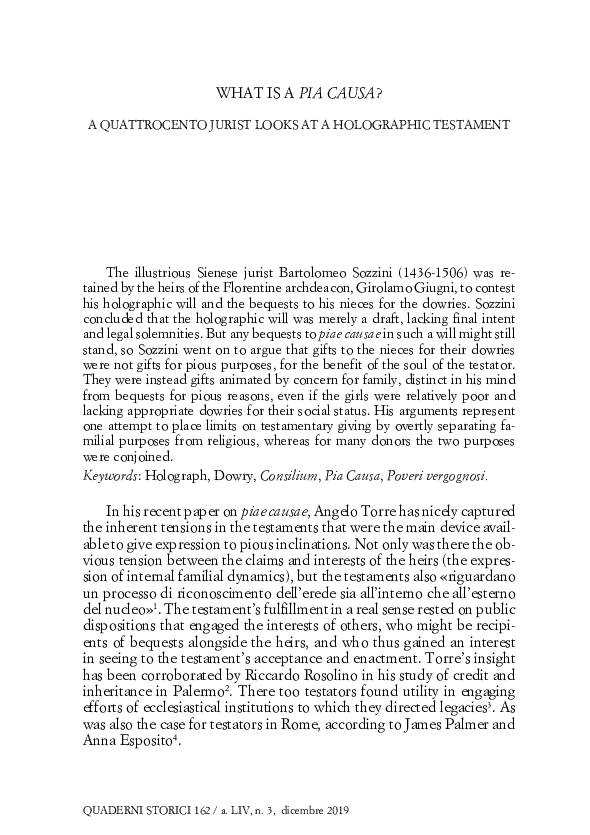