During the Roman Republic, every five years or so, two magistrates, the censors, assigned citizens their rank according to their property and honour, recruited senators and knights from among the «best», and downgraded the unworthy. The new civic organization, legitimated by these public procedures and ratified by a great final ceremony, was officially recorded in registers, which were probably posted and included notes justifying the downgrading. With the Principate, censorship gradually gave way to a more administrative form of recruitment under the aegis of the Emperor, with the aim of sparing the aristocracy. It completed the establishment of categories of citizens deprived of certain rights in laws and edicts from the end of the 2nd century BC. These catalogues derived from the jurisprudence of the censors, but corresponded to a political and judicial system that might have worked for a city-State, but proved ineffective for an empire. 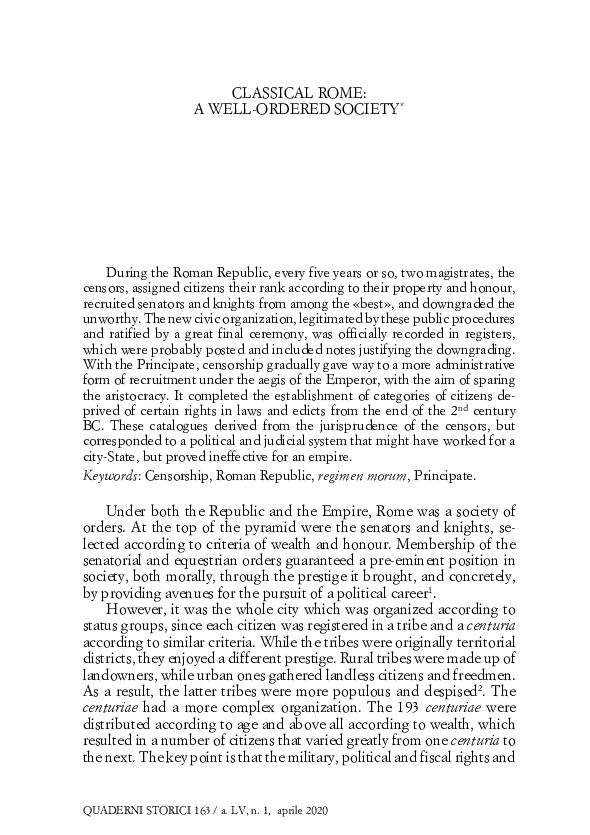