This essay seeks to frame the recent proliferation of studies dedicated to the monarchy in the long European nineteenth century. Claiming the latter as a «monarchical» century, as some authors suggest, offers a legitimate catchphrase that can highlight the limitations of an excessively teleological interpretation of that century. However, we have to recall that the monarchy had already lived through its golden age and that, from the nineteenth century on, the future belonged to a form of rule from below. In this regard, it was a dynamic century that witnessed the transformation of the institution of the monarchy, which required a difficult, and often imaginative, adaptation to a new world. To put it differently, among the many unprecedented innovations of this period, there was also the sudden and rather surprising metamorphosis of an institution that, while not static across the previous centuries, nevertheless had a foundational core in a discourse on kingship with very ancient origins that still enjoyed some visibility even in the post-revolutionary era. 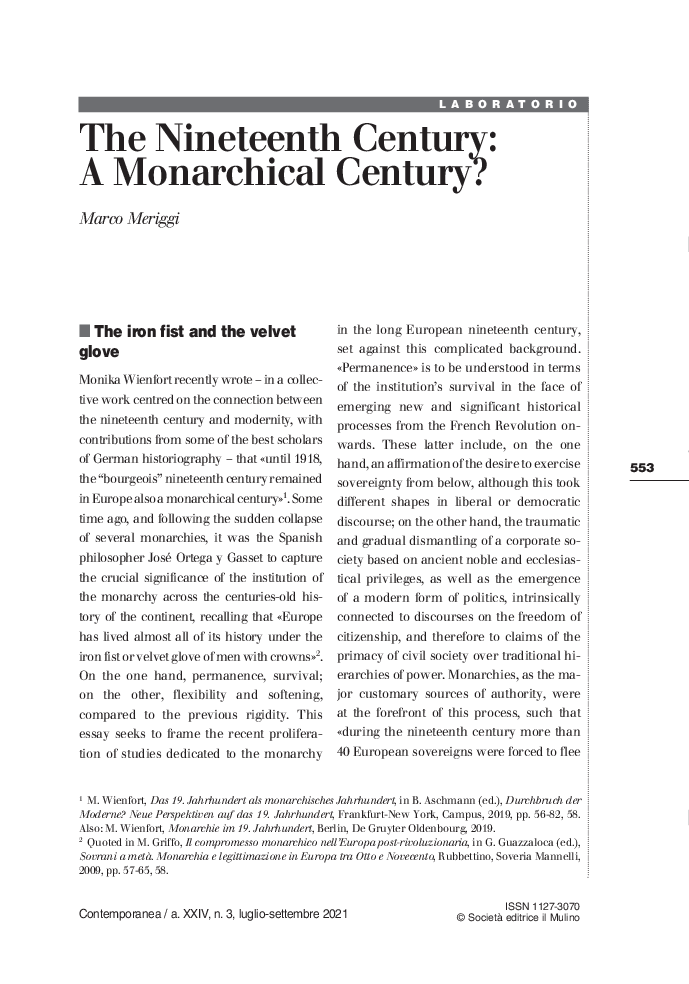