In recent years, historiography has paid increasing attention to political exile during the 19th century. Indeed, in the 1830s and 1840s, as well as throughout the whole Risorgimento period, many political activists left Italy to pursue their political engagement abroad. France was among the most favoured destinations. The analysis of French public opinion and its attitude in welcoming those exiles is of great interest. The cultural universe of the dense years of the July Monarchy, marked especially by the rise of the press, allow the analysis of the at times changing, contradictory and overlapping positions taken by French society towards the Italian exiles. Specifically, I argue that political contrasts and sensibilities, the succession of events inside and outside the French borders, and the persistence of stereotypical representations about foreigners contributed to shaping a precise image of Italian exiles and thus influencing public opinion. By retracing the perceptions about Italian political emigrants, it is possible to consider the attitude of French society and its transformations and, at the same time, to adopt an external view on a precise moment of the Risorgimento history, placing it in a broader network of transnational circulations. 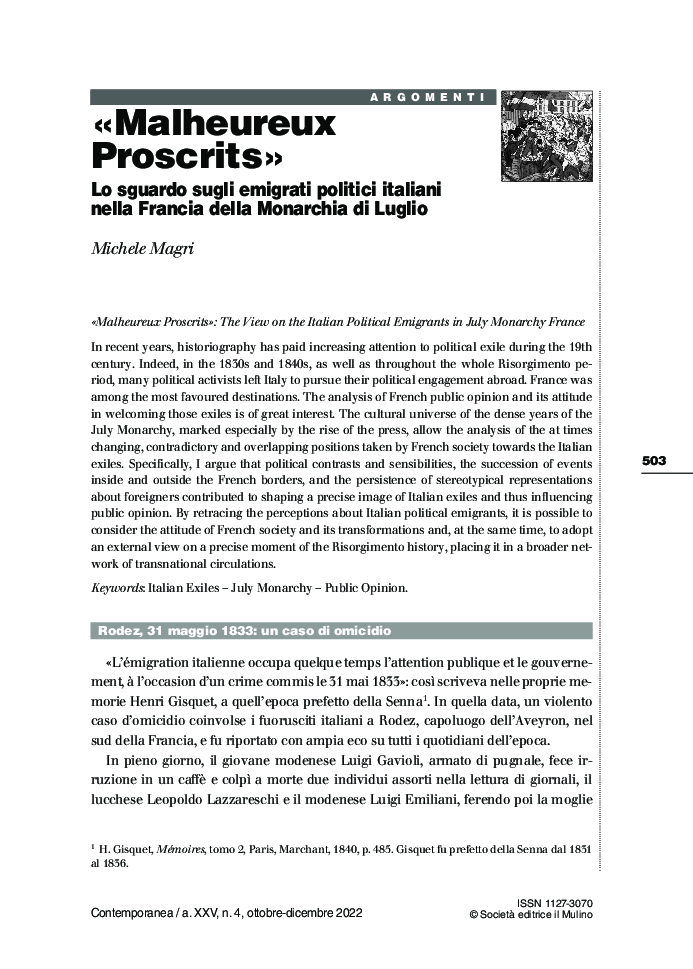