This essay has two purposes. It aims at presenting new methodological approaches to the study of US cultural diplomacy in Italy as well as offering suggestions for new research on the subject. The argument unfolds from a discussion on three recent volumes published by Italian historians: Una biografia intellettuale di Mario Einaudi. Cultura e politica da sponda a sponda by Andrea Mariuzzo, published by Leo Olschki in 2016, Nicola Chiaromonte. Una Biografia by Cesare Panizza, published in Donzelli’s «Italians of exile» series in 2017, and Diplomazia culturale e guerra fredda. Fabio Luca Cavazza dal Mulino al centrosinistra by Francesco Bello, published by Il Mulino in 2020. These volumes, in their differences and similarities, can be placed within a recent historiographical trend of discovering – or rediscovering – the role played by some intellectuals in defining the cultural and political relations between the United States and Italy during the 20th century. While cultural diplomacy has often been analyzed through the lens of the cold war dictates, this trend pushes historians to adopt a long-term perspective and places US cultural diplomacy within the dynamics that shaped the whole 20th century, thus achieving a more comprehensive understanding of its features 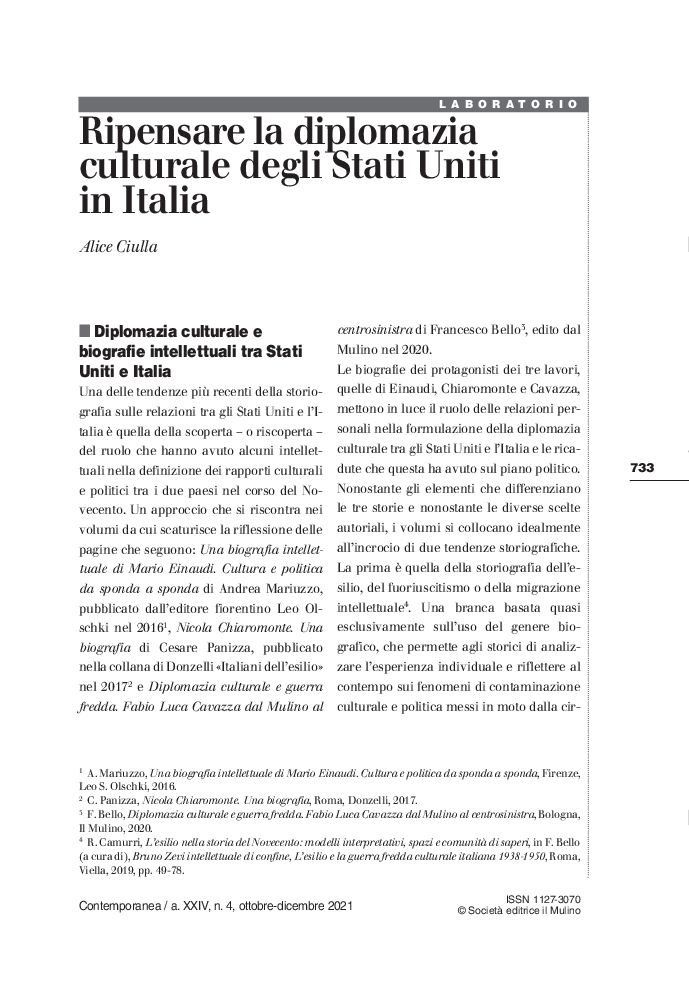