In the first decades of the nineteenth century, a new health policy emerged in the Papal States. Institutions, rules, and procedures changed in order to guarantee a more careful control of the territory and the movements of the population. In this transformation, it is possible to notice a reformulation of the relationship between public health and state security. Within a renewal of state institutions in the name of the rejection of revolutionary ideology, health mobilization becomes one of the decisive factors in the evolution of relations between government and subjects. These latter were called to take an active role, in terms of defending their own interests and those of the community, transforming health ruling into a process of permanent self-regulation of the population for the purposes of state security. In this way the transition from an emergency defense of «public safety», typical of the ancient regime, to a permanent promotion of public health, specific of «biological modernity» regimes, started to be accomplished 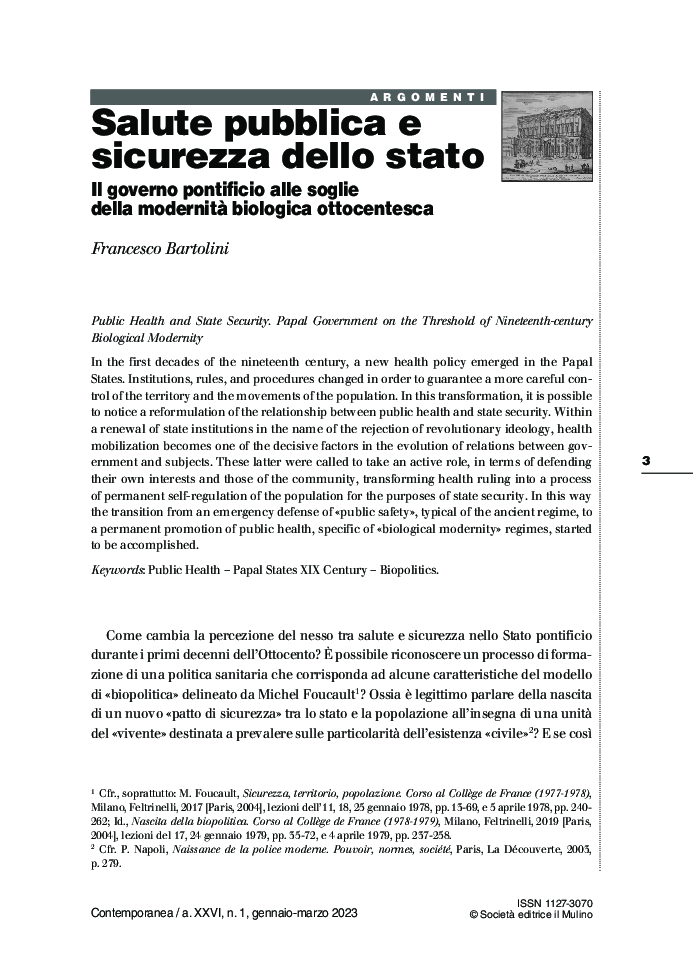