In the mid-1960s residents around North America’s lower Great Lakes expressed growing concern about the dumping of dredge spoils in open waters, which they suspected of harming water quality. The act of dumping spoils, particularly from industrial harbors, became a target for government regulators eager to show progress in solving the environmental crisis. Scientific studies of dredging’s ecological impact and the regulation of dredging increased in Canada and the United States. The multiplicity of bureaucracies involved ensured that the International Joint Commission (IJC), established to resolve policy conflicts along the international border, would address the issue of dredging. The IJC response to the dredging conundrum provides a case study of how bureaucracies negotiated scientific knowledge in the age of ecology. Scientists turned data into knowledge and knowledge into policy guidance inside bureaucracies with conflicting missions that reflected divisions in the broader public. The public’s vague but powerful fear about sediment tainted by the industrial cities in which it accumulated forced the creation of a remarkable body of scientific knowledge related to how pollutants move through and accumulate in lake ecosystems. Activists forced governments to define pollution, to determine which of the many effluents of industrial cities affected human and ecological health, and at what concentrations they became a threat. In the age of ecology, regulation often outpaced science, and scientific research raced to meet public demands. 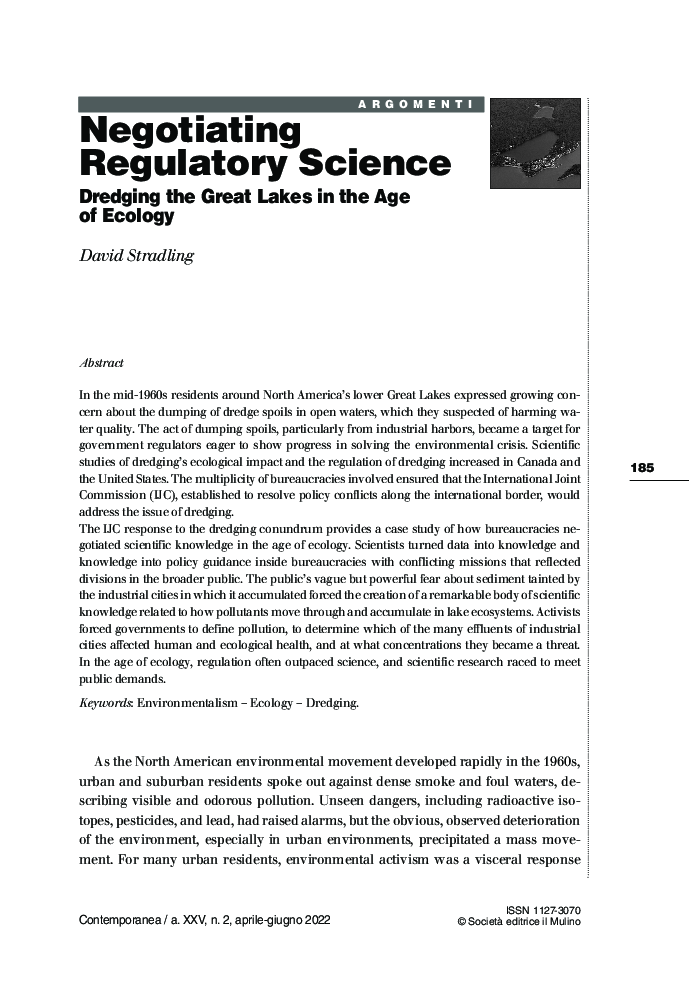