During the 1980s the relationship between Italian historians and the broader historical "common sense" underwent significant changes: while historians' social authority was increasingly challenged, a deep internal crisis troubled the discipline itself. Hence on several occasions journalists and historians found themselves at loggerheads. The article explores the social and cultural transformations of both camps that may help explain the problems which ensued between them, as well as the emergence of a number of journalists to a prominent role as "popular historians". To account for these developments, the author argues, further research is needed concerning such social changes as the expansion of mass universities, the all-powerful presence of Tv, and the new cultural hierarchies which are currently being created at the intersection between the media, the academic sphere, and the political world. 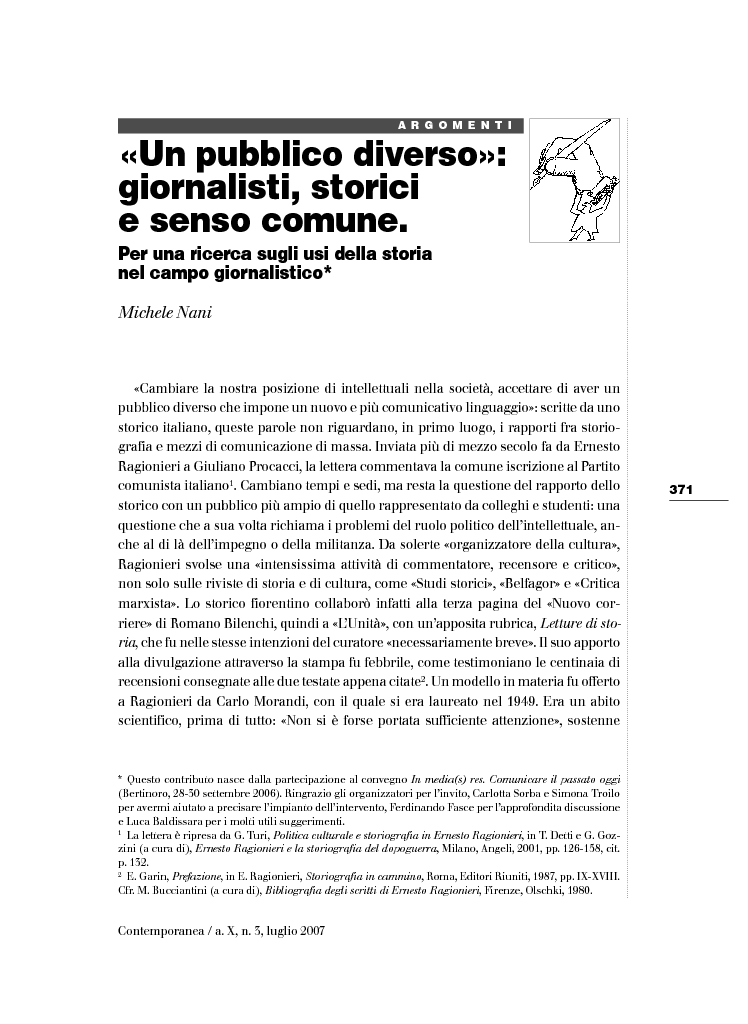