The article investigates whether, following national reunification, the Germans' attitude toward National Socialism, and their culture of memory, has undergone a radical transformation. In the Federal Republic, shortly after the war, research concentrated on the reasons for the failure of the Weimar republic and for the rise of Hitler's party. In the 1960's the focus on Nazi crimes became more important and was soon established as one of the essential issues of public culture and academic research. The third period is marked by a great interest on the part of German society for the Nazi period. The author states that National Socialism and its crimes still constitute the central issue of German collective memory and historical research. However, even the national socialist period is exposed to the natural processes induced by time, and it becomes a matter for museums and monuments. Nevertheless, and in spite of transformations after the national reunification, one cannot speak of a substantial "change of the paradigm": the democratic, pluralistic culture of history in Germany, with its negative memory of Nazi crimes, is not at risk. 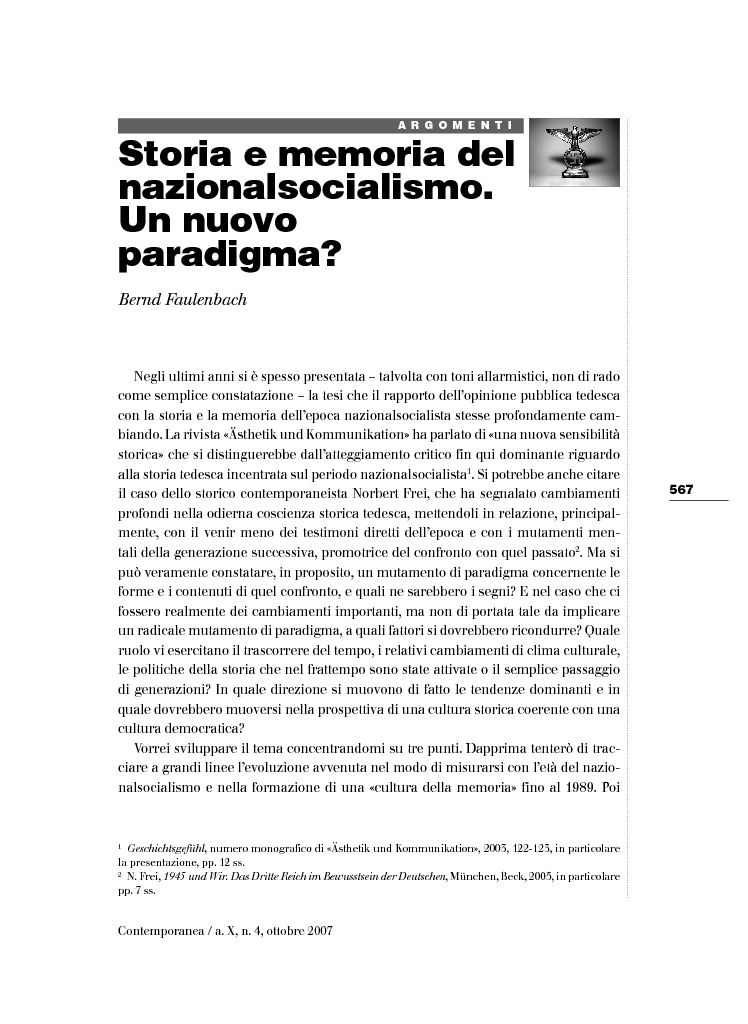