The article examines the career and legacy of the scientist Alexis Carrel (1873-1944) as a paradigmatic case of intertwinement between religion, science, and politics. Born into the Catholic bourgeoisie of Lyon, Carrel expatriated himself after his confusing participation in the "miraculous healing" of a young girl in Lourdes (1902). In America he joined the Rockefeller Institute for Medical Research, where he stayed until 1939. In 1912 he was awarded the Nobel Prize for Medicine for his contributions to vascular surgery and organ transplantation. Always sensitive to public opinion, he staged his experiments in a "theatrical " style that fascinated the layman and aroused the suspicion of his peers. In "Man, the Unknown" (1935) he proposed the reconstruction of the person along fascist and eugenic lines to overcome the "crisis of civilization". The book's wide international success turned him into a one of the most popular vulgarizers of scientific racism. He worked with the collaborationist regime of Vichy, heading the Fondation Française pour l'Etude des Problèmes Humains, aimed at the "improvement" of the population. After the war, and despite his endorsement of Nazi racial-biological policies, Carrel has been claimed for widely different purposes, from cloning research and Catholic humanism to anti-immigrant racism and Islamic fundamentalism. 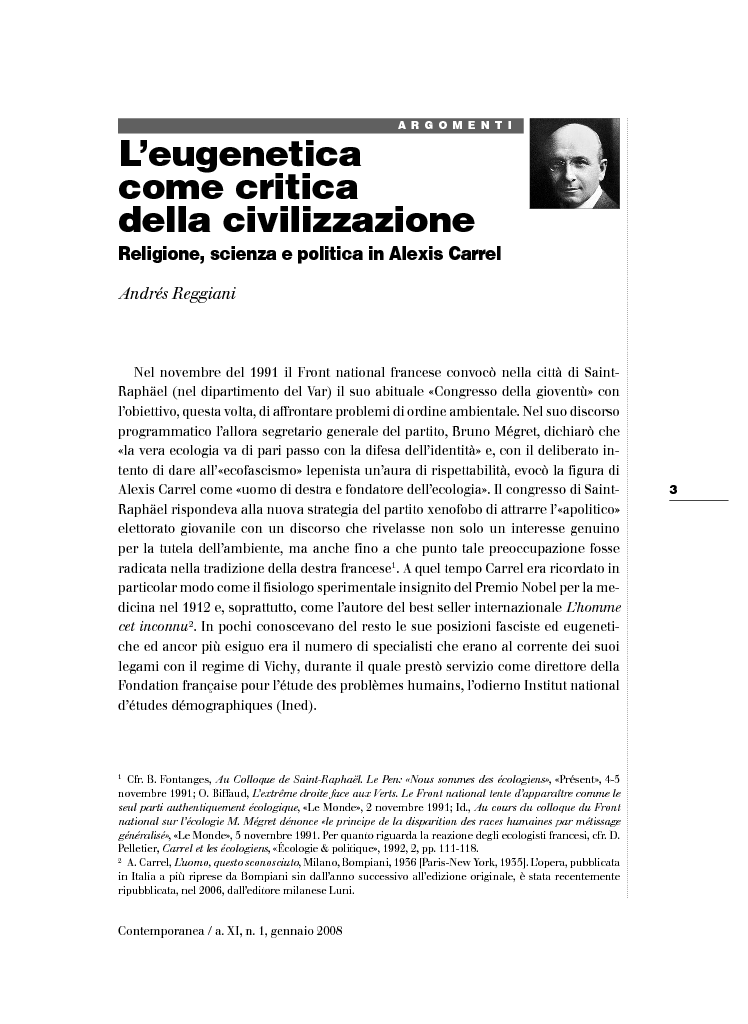