The essay focuses on a group of French immigrants in the pre-Unification Naples and, having stressed the difference between the whole French community (that is all French subjects, regardless of their social rank) and the more selected Nation française (that is a corporate group composed by the mercantile elite led by the Consul), it highlights French merchants' considerable capacity for integration in the Neapolitan society, both in professional and personal sphere. Thanks to their border-line condition, French merchants were able to use their multiple identities (national, professional, etc.) in a situational and instrumental way. In the second half, the essay outlines three different examples of this strategy: Facing a suit in the Neapolitan Court of Commerce, the French négociants Lemaire, Barfell, and Borel tried to use alternately their links with Neapolitan context, their "Frenchness", and their professional status. This was a very usual tactic in the ancient regime, but it was incompatible with the post-Revolution idea of nationhood, and it was not always successful, mostly because of inertia of social relationships, drawbacks in leaving their own social group, and the resistance of other subjects (especially public authorities) to ratify any illegitimate national selfidentification. However, when successful, these "identity games" gave French merchants in southern Italy a relevant competitive advantage over their local and foreign competitors. 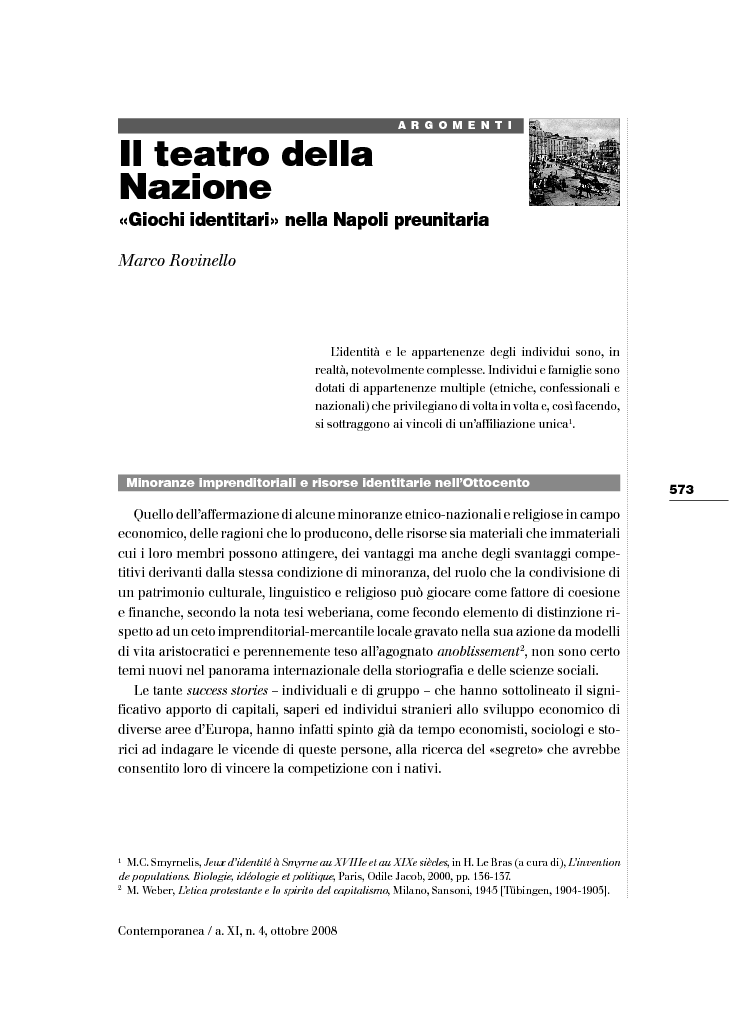