The article analyses change of values as a change of political practices, and therefore pays a special attention to styles of political behaviour. Through the case of West German environmentalism, it examines the transformation of the traditional nature conservation movement into the ecological movement, one of the most important and most successful "new social movements" in Germany. The article analyses the styles of behaviour of the traditional conservation associations and of protest movements during the first decades of the Federal Republic. After that, the article outlines the transformations of some modernised conservation groups and the anti-nuclear movement. Whereas traditional conservation was handled like a "closed shop" guided by elitist principles and avoiding open confrontation with public institutions, the new movements advocated the idea of harsh protest and proved to be inclusive towards a multitude of social milieus. The cultural and symbolic opening up was one of the most important reasons for the success of the ecological movement. However, continuities did exist, as the new "protest" style was combined with traditional concepts of cultural criticism. 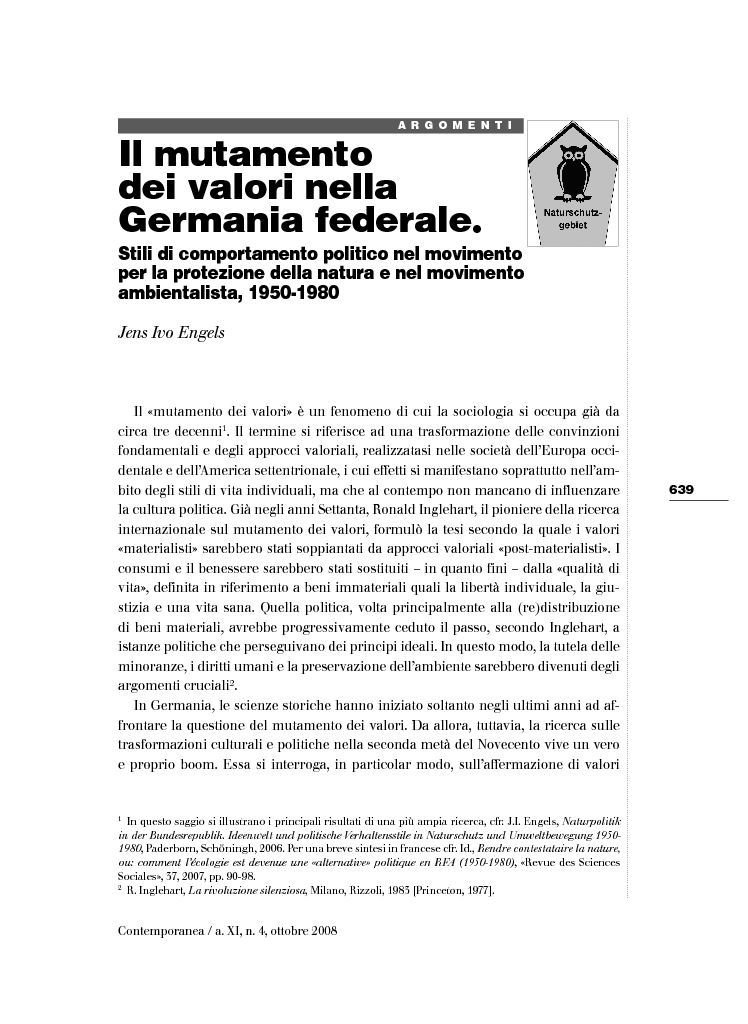