In the history of the Italian republic the Seventies are a crucial decade, mostly identified in the public debate with political violence, conceived and practiced both in a revolutionary and anti-revolutionary perspective. Personal narratives of the terrorist, in their different forms - articles, autobiographies, interviews, and films - played a crucial role in the construction of public memory. The article examines a particular form of expression that played a significant role in the Italian debate: the autobiographies written by Italian terrorists and published by the major publishers. The essay discusses the ways through which these sources explained the political, cultural and existential motives of the authors' choice of the armed struggle, paying particular attention to continuity and discontinuity in the authors' experience, the self-representation of individual political biography, and the politics of identity. The article shows how the public memory is dominated by the memories of the left political violence, and in particular by the experience of the "Brigate Rosse". The narratives proposed by these memories are still dominated by an ideological approach both to the history of Italian political violence and to the analysis of the defeat of the Italian terrorism. Finally the essay also analyzes the emergence of the voice of the victims of political violence, through the publication of their memories, and it discusses how this point of view is affecting the public memory and the Italian historiography about the Seventies. 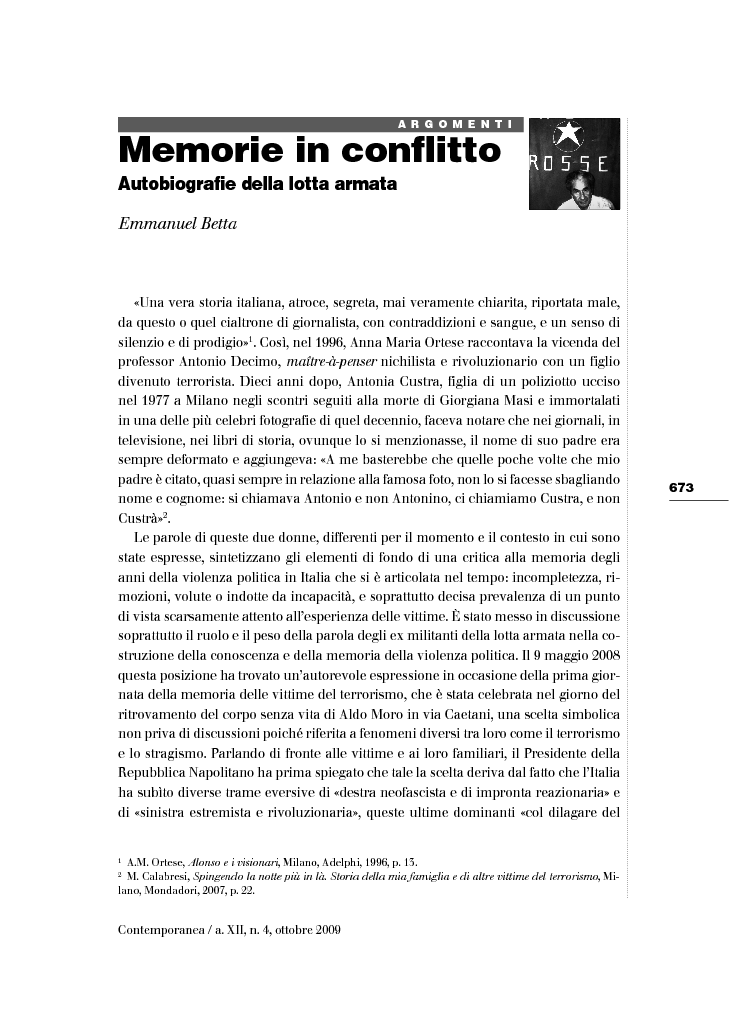