This article concentrates on the policy of the Carter administration toward Soviet dissidents. It examines the impact of the American choices on the international system, how they contributed to the erosion of détente and the beginning of the «Second Cold War», as well as on the effects of the growing bipolar tensions on the political and public debate within the United States. From this perspective, the article discusses the complex interaction among the Administration, the Soviet Union and Congress, which in these years came to play a crucial role, particularly when human rights issues where discussed. Once in office, Carter's human rights policy was promoted through open diplomacy, in order to placate domestic criticism. Such a choice proved nevertheless unacceptable for the Soviet Union and jeopardized the attempt to revive détente. Soviet reactions obliged Carter to alter his approach - which shifted from open to quiet diplomacy - and created broad room for domestic criticism, coming from liberals and conservatives alike. Eventually, Carter's human rights policy failed primarily in the domestic arena. 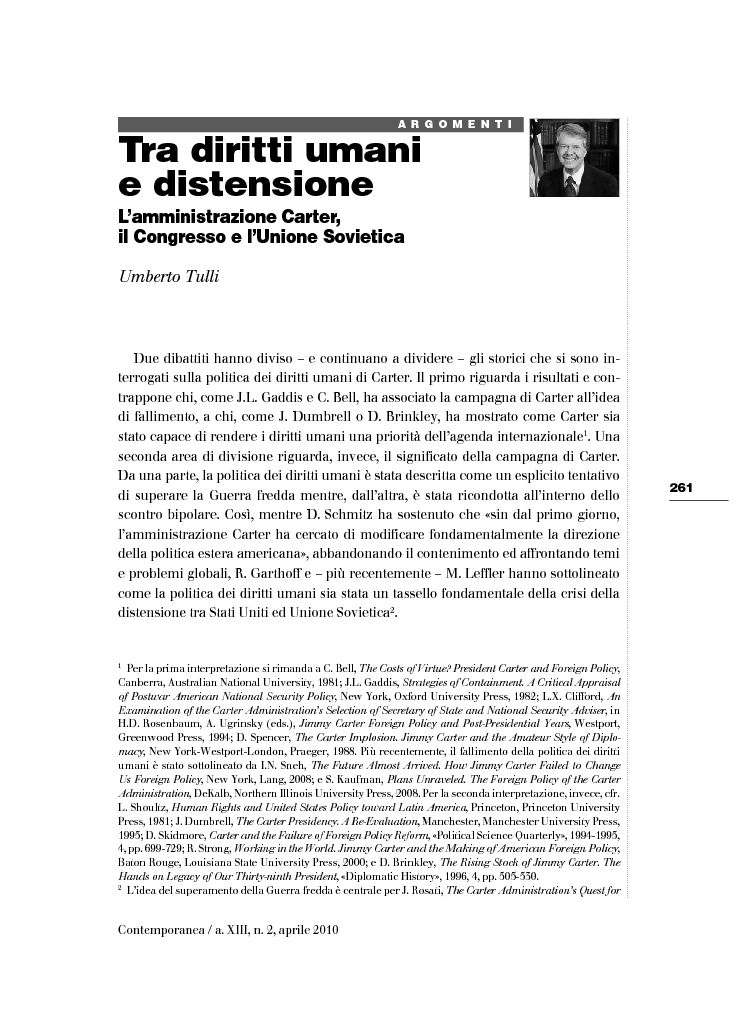