The illustrated satirical newspaper was established in France during the July Monarchy, but it did not appear in Italy until the 1848 Revolutions. In the years of Risorgimento it quickly became a fundamental instrument for political struggle and socialisation, thanks to both the affordable price, and the interaction between the direct language of the articles and the bold use of visual caricatures. The article aims at exploring the material and intellectual production of journalistic caricatures. It takes into consideration the phase of the origins, and the years of the first commercial development (1848-1855). The analysis focuses on two satirical magazines: «La Strega» of Genoa and «Il Fischietto» of Turin. Both of them were issued in the Kingdom of Sardinia, but they had different political orientations, editorial structures and readers. The strategies of cartoonists' self-representation (signatures of the caricatures, self-portraits, communication to the readers etc.) are also analysed. The article shed new light on the emergence of the political caricaturist as a profession in Italy. 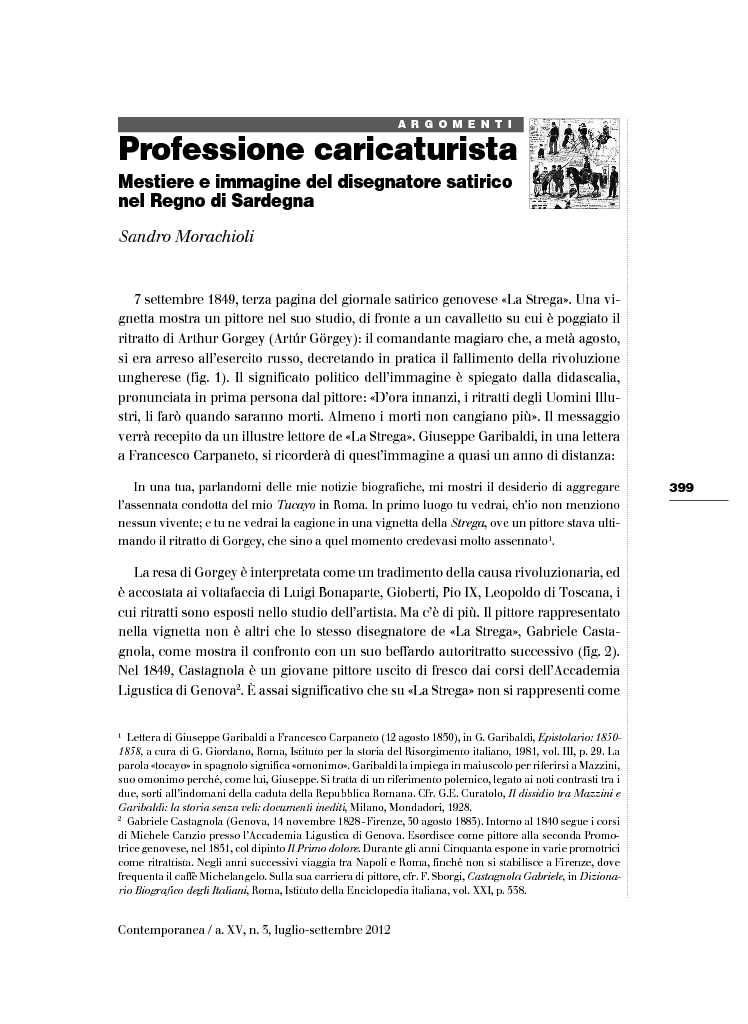