This article analyses the position of the major oil companies during the negotiations with the producing countries in late 1970-early 1971, a passage which, by marking a change in the balance of power in the oil market, paved the way for the turning point of late 1973. Contrary to the prevailing view, the «seven sisters» were not a helpless recipient of exporting countries' demands, but, once shown the impossibility of preserving the status quo, they «willingly» gave in to the pressures to increase the oil price. This would have allowed a reversal, at the expense of consumers, of a decade-long downward trend in their rate of profit. At the same time, by making profitable the exploitation of new high-cost reserves, higher prices of crude would have eased an increasingly unsustainable dependence on the resources of politically «hot» areas such as the Middle East and North Africa. The research is based on company archives (British Petroleum, Compagnie Française de Pétrole, Eni), government archives (French and British) and published sources (Foreign Relations of the Us, Us Senate Hearings). 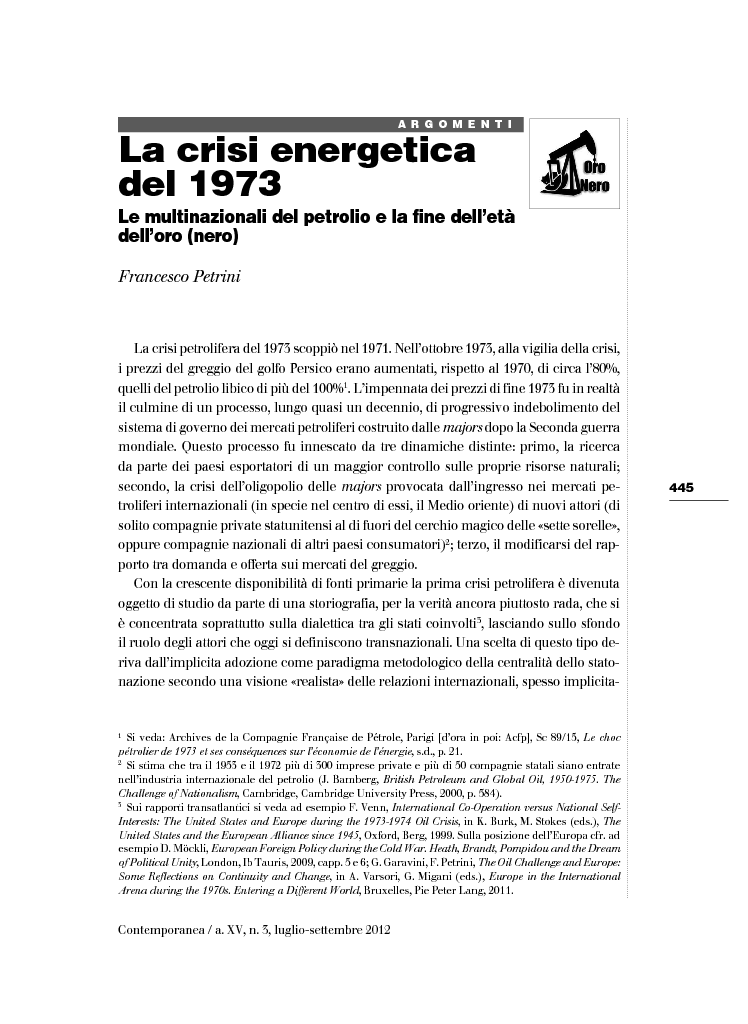